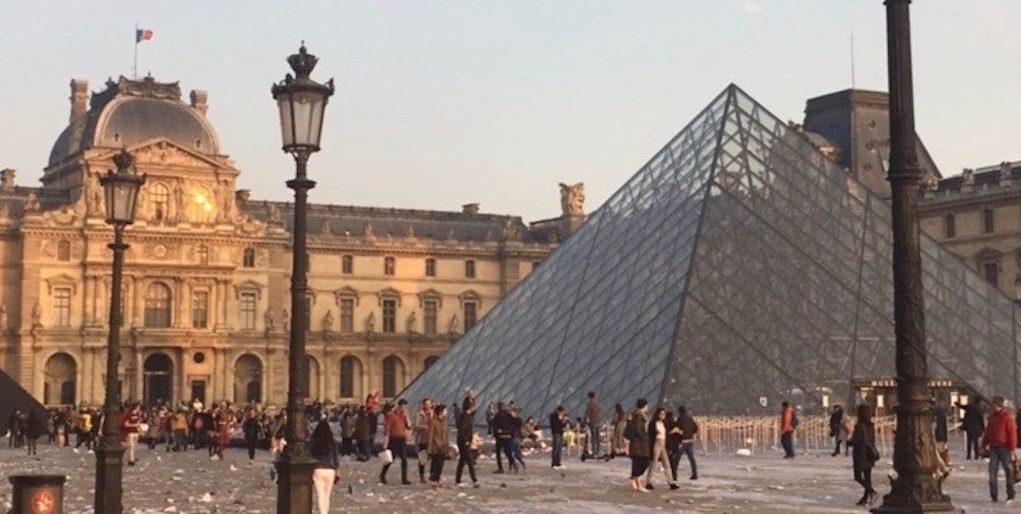 Last week I wrote an article for Agence France-Presse, which was published 4 days ago as “From outrage to icon: Paris marks 30 years of Louvre’s pyramid.” Below is the original article, before the editors changed it. 1 minute read:

Thirty years ago the Louvre Pyramid was called a cultural desecration, with journalists and the Parisian public calling for an insurrection against the structure, but today the monument is celebrated as a resounding success.

The initial hate for the Louvre Pyramid has been transformed so completely into iconic admiration that the Parisian street artist, JR, has created his second exhibit involving the pyramid. The exhibit was revealed last Friday and has been subsequently shredded by tourists.

The idea for renovating the Louvre came from the charismatic Jack Lang, who in 1981 wrote President François Mitterrand saying, “It would be a good idea to start recreating the Grand Louvre by allocating all the buildings to museums.” Mitterrand scribbled back in a letter, “Good idea, but it’s difficult to realize good ideas.”

Jack Lang continued to push for a renovation, writing that, “The Napoleon courtyard was a terrible parking lot. The museum was handicapped by the lack of a central entrance.” Mitterrand gave in to the requests and hired the architect, Ieo Ming Pei. Mitterrand had always admired Pei’s work in the United States, which included Pei’s modernist extension to the National Gallery of Art in Washington D.C. and the Dallas City Hall.

When I.M. Pei’s model of the pyramid was revealed to the French public in 1984, Jack Lang remembers “an explosion of screams.” The journalist André Fermigier called the design “a house of death.” The academician Jean Dutourd wrote that “uncle wants to be the first pharaoh in our history.” And three historians, Antioine Schnapper, Sébastien Loste, and Bruno Foucart published a book of essays entitled, “Mystified Paris. The great illusion of the Great Louvre.”

The criticisms were focused less on the enlargement of the Louvre as about the aesthetics of the contemporary architecture clashing with the Napoleon III setting. I.M. Pei had never worked on a historic building before.
Pei remembers one architectural meeting that was “a terrible session,” where an expert shouted at him, “You are not in Dallas now!” His critics didn’t seem to care that he had won the Prtizker Prize in 1983, the “Nobel of architecture.”

“I received many angry glances in the streets of Paris,” Pei later said, confessing that “after the Louvre I thought no project would be too difficult.”

Pei’s genius was to link the three wings of the world’s most visited museum with vast underground galleries bathed in light from his glass and steel pyramid.

For its current Chairman and CEO Jean-Luc Martinez, the pyramid is a masterpiece that helped turned the museum around. “The Louvre is the only museum in the world whose entrance is a work of art,” he said “and the pyramid has become the symbol of a museum resolutely turned towards the future.”

Pei’s original design was intended for two million annual visitors. Last year 10.2 million people visited the Louvre. This year I.M. Pei is 102 years old, and continues to enjoy the success of his work, which is admired for its beautiful modernity as much as the ancient art it introduces.

The Louvre was not the first museum in Paris to experience hate that was turned to love. The Arche de la Défense, the Centre Pompidou, and the Eiffel Tower all experienced lashing disapproval at the time of their births. In 1887, the Eiffel Tower was attacked by a group of intellectuals (including Emile Zola and Guy de Maupassant) who published a letter in the newspaper Le Temps protesting against the building, calling it “Useless…monstrous…and an odious column of sheet metal with bolts.” And like the Eiffel Tower, the Louvre would survive the barrage of criticism to become one of the most popular structures in the world and a shining symbol of Paris. 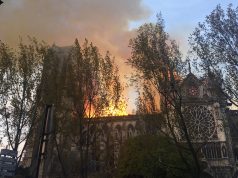 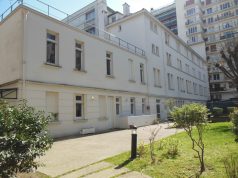 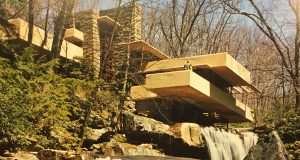