In my apartment there is patchy Wifi, so when I’m trying to research the mating patterns of snow leopards and the internet fails I’m driven to the brink of insanity. Furthermore, as a budding and brooding journalist I find myself grabbing for my phone like a mother for her-WHERE’S MY PRECIOUS LITTLE BABY whenever I’m in line at Shake Shack or Popeyes, and if the Wifi is uncooperative I’m filled with an unquenchable rage. Don’t ridicule my addiction-to-connection just yet, as the lauded journalist, James B. Stewart, wrote in Follow the Story: How To Write Successful Nonfiction, “In today’s ecosystem of news, the greatest sin is to cut oneself off from the conversation.”

Jim is right that journalists must consistently engage in society’s dialogue, especially when it becomes polarized, paranoid, or paternal, so our Wifi connections must be sound. The news conversation is becoming faster and readers are expecting more cutting-edge content. If I plan to survive and thrive in this cut-throat ecosystem, it looks like I must try and understand the nature of Wifi like the snow leopards understand the mountain ranges of Central and South Asia.

It was once widely believe that “Wifi” stood for wireless fidelity, but it is actually not an acronym and does not stand for anything. The term was coined by Phil Belanger in August 1999, when the branding consulting firm, Interbrand Corporation, wanted a name catchier than, “IEEE 802. 11b Direct Sequence.” Wifi is also the same thing as WLAN which stands for Wireless Local Area Network. The difference between Wifi and the dinosaur tail known as the ethernet cable (ethernet is slower because of the resistance in the wires) is that Wifi transmits data (0-1-1-0-1-0-0-0-0-1-1 = picture of a ManBearPig) through electro-magnetic waves in the air. But unlike heat waves, Wifi waves don’t need the elements of the air to affect electronics/enlighten your soul. Also, unlike radio waves which sometimes have wavelengths up to 3kHz long (100 kilometers), Wifi is transmitted on a much shorter frequency: either 2.4 Ghz or 5.0 Ghz (about 12 centimeters long). Most microwaves operate on this frequency, which is why they can interfere with the signal and thus your spiritual well-being.

Many things can interfere with a Wifi signal because these waves are sent back and forth between the router and your computer/phone. It’s an electrical conversation. Basically, through the electromagnetic pulses of your router, your computer/phone is instructed on what to do with each pixel on the screen (0-1-1-1-0 or off-on-on-on-off = another picture of a ManBearPig). Generally, the signal can’t go more than 150 feet from a signal router. The Wifi signal can be affected by the objects it encounters, such as concrete, wood, metal, other Wifi, and murderous clowns. You can actually buy “Wifi paint” that prevents other Wifis from interfering with your Wifi signal. The way you position your router affects the strength of the signal throughout your house/dumpster you sleep in on the weekends. Here are five ways to improve your Wifi signal:

1.) Lift your router off the ground. Many routers broadcast waves slightly downwards, and the material of the floor can affect the signal.

2.) Don’t put your router behind a hall or in a closet. Again, the obstructions cause interference. Ideally, you should hang it above your bed like a disco ball. 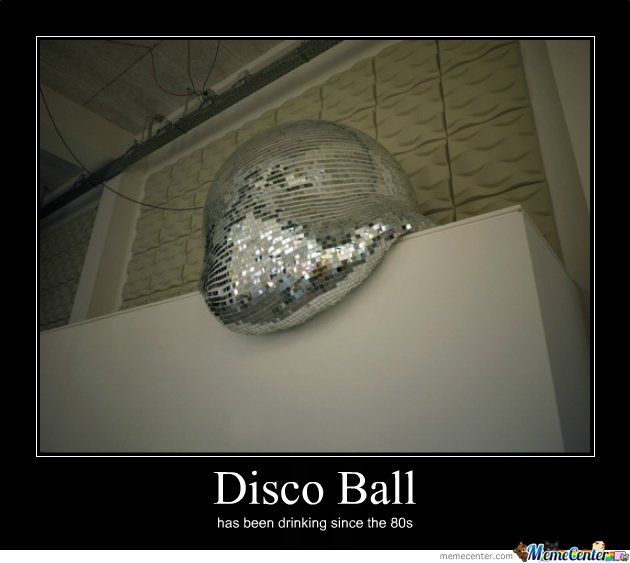 3.) Point the antennas of your router in different directions. If you have two antennas, point one horizontal and one vertical. Why? Because devices work best when their internal antennas are parallel with the routers. Most antennas inside laptops are horizontal. With a cell phone, the direction of the internal antennas depends on how you’re holding/desperately clutching it. So by bending your antennas of your router in different directions you have the highest chance of having a parallel match/good signal/nirvana.

4.) Download a wifi-signal-strength app on your phone so you can test which places in your apartment have good signals and why. Don’t tell anyone you did this.

5.) Don’t put your router near other electronics (ones with motors inside of them), like televisions, computers, or your Dance Dance Revolution machines. They can interfere with the router signal.

My favorite part of this video is the woman on the left (his mom?) just chillen in front of the fan.

While writing this essay I realized that my router was sitting two inches from my television. It was also a few feet from the printer. I’ve moved it to a better/less disrupting location and my Wifi has significantly improved. Now my life is beautiful again. I hope the suggestions above can help you too.