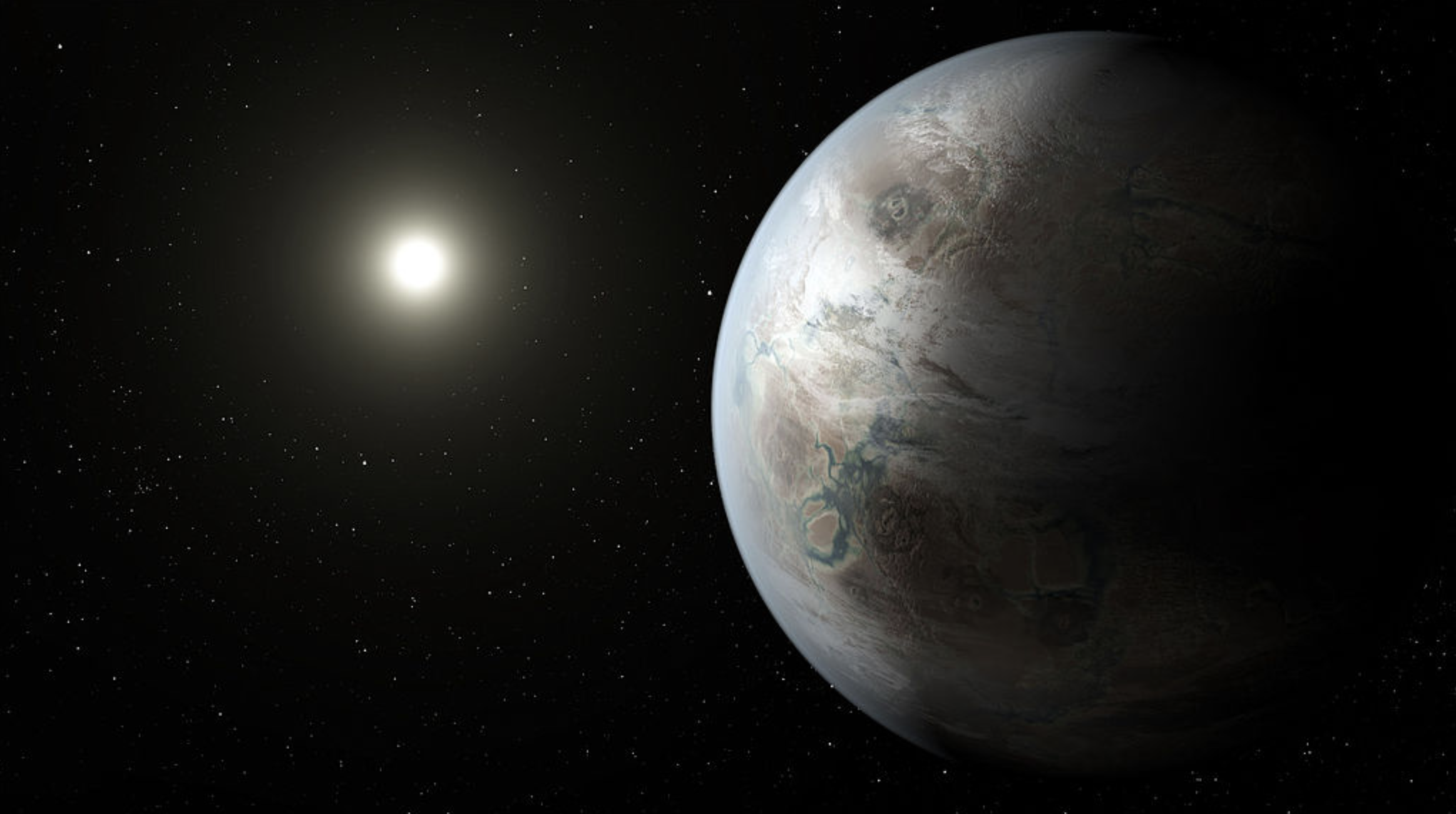 My last memory was during the descent when something collided with the spacecraft. My wife and I ran to the emergency-landing chambers, like we had learned during training. I was locked in mine and I looked at my wife’s face one last time, before there was another collision and everything went black.

My landing chamber must have separated from the rest of the ship. And I must have inhaled some leaking anesthesia by accident because I feel dizzy, sick, and thirsty enough to drink torch fluid or that nasty medicine the NASA scientists made us take for interstellar travel. Around me there’s a thick jungle with twisted trees like I’ve never seen before, even in the voyage briefings. Where are the others? Where’s the rest of the ship?

My vision is blurry and my mouth is desiccated: first, before the finding the others, I need water.

I crawl to my survival kit, hacking up a lung. My throat feels like it’s been scratched by sand-paper. But the NASA scientists were right, I can breathe and the atmosphere and the gravity are like earth. Kepler-852b is located in the “habitable zone” of a star practically identical to our sun in the “northern” part of the Milky Way Galaxy. I take out the metal water bottle and chug.

Once my thirst was quenched, I become my lost in my thoughts. Amongst all the passengers aboard the ship, United Republic Migration #2, there is no doubt that I am the least qualified to be alone on this planet. When I was on earth I was a janitor at a high school who wrote a sci-fi blog on the weekends. On a whim, I applied, with my wife, for the lottery to be a part of The Great Migration to Kepler-852b. NASA wanted to include all members of society on the spaceship, which would carry 300 passengers, and not only the elite. My wife and I were chosen to represent “the common people” who also deserved a chance to live another life on another planet. I bet NASA just did that for positive publicity and to receive more public funding. In my application essay for the lottery, I wrote that my wife and I had couldn’t have children and dreamed of leaving on this great adventure. That must have pulled the heartstrings. In any case, they chose us, my essay was published in major newspapers, and now I’m here. Lots of other passengers weren’t prepared to survive alone which is why everyone was equipped with such a good survival kit. But still, I think I’m the worst. My specialized skills include knowing the right cleaning liquids to remove graffiti from bathroom stalls and how to fix a toilet. I don’t even know how to make a fire.

However, nobody was expected to survive alone. The spaceship was going to land near a place where the first spaceship, United Republic Migration #1, had landed a year ago. A city was supposed to have been under construction (which I was going to help clean!) I wonder if our vessel went far off course. I wonder what hit us in the sky. I wonder if I’m the only one who survived. I think about my wife and I feel a pain rise in my chest. No. She’s still alive. I don’t know why I know this, but I know it, that’s all. I have to believe it.

I have to find my wife and the others or I’m a dead man. I survey my surroundings.

I take out my axe and tie the sack on my back. It’s then I hear an ominous clicking in the jungle around me. It sounds like an insect. Son of a slitch, I hope it’s not a giant insect. I hate insects.

I walk in the opposite direction of the sound and make a path through the jungle. The leaves are soft like silk, some of them are blue, and the light sparkles on the trunks of the trees. I would say the place was beautiful if I wasn’t trying not to die.

The jungle becomes thicker with crisscrossing branches and I use my axe to chop them. As I cut through the wood-like material (it breaks more easily than wood and emits a minty smell), I feel a rumbling in the ground and hear a peculiar noise, like pressurized air passing quickly through a tube. This makes me nervous and I start bushwhacking faster. The noise becomes louder. I approach a trembling wall of foliage. I push through the leaves and fall off a ledge.

The air rushes past me and I blindly search for anything to grab a hold of. I grab hold of a root that protrudes from a rock. My sack slips off my back but I’m able to just snatch a handle. I swing in the air.

After pulling my sack over my shoulder I just swing there for a minute, my heart pounding in my throat, my breathing ragged and heavy. I look down and see jutting rocks, maybe five hundred feet below.

I look up and see that there is a network of intertwining roots, all the way up to the ledge. The foliage forms a thick wall on the edge of the cliff.

I climb up the hanging roots, then drag myself and the sack on to the cliff. I sit down and wait for my breathing to settle. Dying from falling off a cliff. That would have been anticlimactic. Cross the Milky Way to the constellation of Cygnus and then stumble over a ledge and splatter on some rocks.

I get up, carefully push a few leaves aside, and look out.

Yup, my emergency landing chamber landed on the top of a cliff, a mountain, on the edge of a vertical drop. Looking down, I see that beyond the roots is a practically vertical rock face with small ledges and protruding slabs. Then, looking into the distant valley, I see something that makes me gasp.

The spaceship. It had crashed in the grassy-like valley below.

No wonder I woke up alone. The survivors of the ship would never have climbed this steep mountain looking for me. They must still be down there. The ship was filled with all our provisions, of course. They probably formed a base there, then sent out scouts. I couldn’t see the ship’s details from afar. But I knew I had to go. It was my only chance of survival.

For the next two hours I wander around the jungle, attempting to find a path off the cliff, but it’s a steep drop all around. Weird. And unlucky.

I discover the source of the clicking. In the middle of the jungle there’s a deep, wide hole that reminds me of a volcano. The clicking is coming from there. The hole is so deep that it’s black at the bottom, and the sides are smooth, impossible for me to climb down without sliding into the abyss. No clicking abyss for Walter Wanky. Yes, that’s my real name. Please save the jokes.

It looks like I’m going to have to find a way to descend the cliff.

Problem is, I’m scared of heights and I don’t know how to rock-climb, or rock-descend, or whatever they call it.

But if I don’t get off this cliff and find help, I’m a dead man.