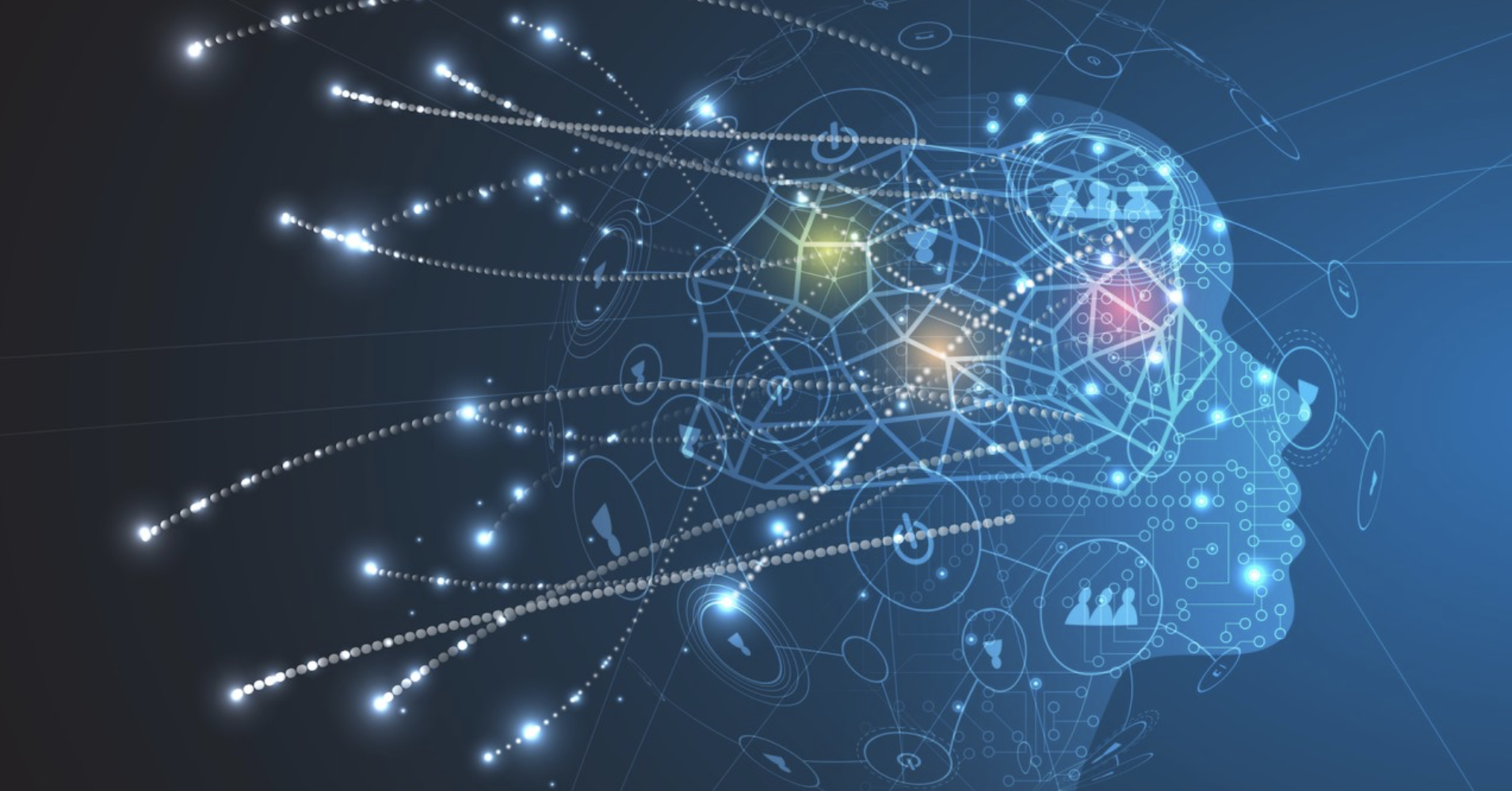 The Great Silence, or The Fermi Paradox is the following:

The universe is extremely big: there are more stars than grains of sands on all of Earth’s beaches (or 5x-10x more than that, depending on your approximations). And around many of these stars are orbiting planets. It is estimated that, in our Milky Way galaxy alone, there are forty billion planets that could support life. The universe is also extremely old: 13.8 billion years old. And we’ve only been around for the last 12.3 million years. If the age of the universe was a year, (called a cosmic year), multicellular life first appeared on Earth on December 5th, humans showed up on December 31st at 2:24pm, domesticated fire at 11:44pm, started farming at 11:59:32, created the wheel at 11:59:49, and modern history/when the first bottle of Dom Perignon was popped by a French monk in 1697 occurred at 11:59:59.4.

So where are they?

As Ted Chiang wrote, in The Great Silence, “The universe ought to be a cacophony of voices, but instead it’s disconcertingly quiet. Some humans theorize that intelligent species go extinct before they can expand into outer space. If they’re correct, then the hush of the night sky is the silence of a graveyard.”

Ted Chiang goes on to talk about intelligent life being out there and aware of us but staying quiet. But I’m more interested in the second idea. When I first read the “universe being a silent graveyard” thought, a theory popped into my mind: What if the intelligence required for ANY life form to leave a planet is also the seed of its self-destruction? Because what does it take for an intelligent life form to leave its planet?

Add to this that an asteroid could hit a planet at any time and wipe out your species (sorry dinosaurs). Or, a thought-less thing on the planet could replicate uncontrollably and kill you (F U viruses.)

And we only have to look at ourselves as a case study to see the danger of intelligence sophisticated enough to engage in space exploration.

During the extremely brief span of the last 110 years, we’ve sent humans to the moon and probes to Mars, well done humanity, but we’ve also accelerated climate change, built nuclear weapons, had two World Wars, and dropped two nuclear bombs that killed over 150,000 people instantly (and 214,000 by 1945).

I can’t help but compare humanity to the literary trope of the genius being linked with insanity/sickness. Our greatest artists were often insane, tortured, suicidal, cruel, extreme. Not all of them, but Caravaggio was a notorious criminal and murderer, Michael Jackson a child molester, Michael Jordan an addicted gambler (when MJ was asked how he could lose $3,000,000 one night in a casino, he replied, “I don’t like to lose,”) Eminem was only good at rapping when he was on drugs, Van Gogh cut off his own eye after a fight with his friend Gauguin then gave the ear to a prostitute, Joanne Rowling suffered through a disastrous marriage and an abusive husband, Frida Kahlo experienced incredible pain, the list goes on. To create great art often means an extreme personality has to experience extreme suffering or take risks and actions that could also potentially cause the creator’s demise. So maybe the great art of having the “species-capability of leaving a planet and exploring the universe” is inextricably linked up to species-destructive behavior? If you are a high-achieving individual, often something else has to give or in some way you have to pay.

Recently I finished reading Jeff Hawkins excellent book, published last year, A Thousand Brains. (Notes on it below.) Highly recommend. And he shared the theory I proposed above, using this analogy (invitation to a party = intelligence in the universe, attending the party = exploration of the universe for other life forms):

“Imagine fifty people are invited to an evening party. Everyone arrives at the party at a randomly chosen time. When they get there, they open the door and step inside. What are the chances they see a party going on or an empty room? It depends on how long they each stay. If all the partygoers stay for one minute before leaving, then almost everyone who shows up will see an empty room and conclude that no one else came to the party. If the partygoers stay for an hour or two, then the party will be a success, with lots of people in the room at the same time.

We don’t know how long intelligent life typically lasts. The Milky Way galaxy is about thirteen billion years old. Let’s say that it has been able to support intelligent life for about ten billion years. That is the length of our party. If we assume that humans survive as a technological species for ten thousand years, then it is as if we showed up for a six-hour party but only stayed for 1/50th of a second. Even if tens of thousands of other intelligent beings show up for the same party, it is likely that we won’t see anyone else while we are there. We will see an empty room. If we expect to discover intelligent life in our galaxy, it requires that intelligent life occurs often and that it lasts a long time.”

Hawkins goes on to write that humanity needs to engage in “estate planning,” or creating a record of our existence in case we kill ourselves off. I agree, especially after the events of the past week. We gotta get our quarreling asses on Mars, pronto, or create some type of self-sustaining satellite-archive that orbits the sun.

The previous chancellor of Germany, Angela Merkel, says that Vladimir Putin has lost his sense of reality and that Russia’s attack on Ukraine is a turning point in history. According to a New Yorker article published two days ago, Putin has warned the world, “Whoever tries to interfere with us should know that Russia’s response will be immediate and will lead you to such consequences as you have never experienced in your history.” He continued to say that, “Russia is today one of the most powerful nuclear states.” Was he flexing or bluffing? Probably. But should we still be concerned? What if Putin is bitter that the World Taekwondo withdrew his honorary 9th dan black belt?

Interesting thought experiment: if you were part of Putin’s inner circle and you learned of his plan to fire nuclear weapons, would you have the courage to take him out?

There are 13,000 nuclear weapons on Earth, located in 9 countries. 90% of all nuclear bombs are now under Russian and U.S. control. Russia is believed to have more warheads, around 6,000. The majority of American and Russian bombs are more than 10x more powerful – in explosive yield, than the bombs that decimated Hiroshima and Nagasaki.

Putin’s invasion of Ukraine has spit in the face of international laws and his own past policies. Dmitry Kiselyev, a Kremlin propagandist said last Sunday, “In total our submarines are capable of launching over 500 nuclear warheads, which are guaranteed to destroy the U.S. and all the countries of NATO to boot.”

Putin has failed to rapidly conquer Kyiv, the capital of Ukraine. His army is having supply issues. Will Russia dominate Ukraine, or will Ukraine survive? In any case, with humanity’s propensity towards wars, destroying the planet, tripling the population in the last 70 years, constructing nuclear weapons, we gotta engage in estate planning.

The clock’s ticking. Let’s at least leave a calling card at the intelligence-in-the-universe party, and include instructions on why to ignore the cheese plate and to try the champagne.

229: From the universe’s perspective, this is an arbitrary distinction: neither the poliovirus nor the wildflower is better or worse than the other. We make the choice about what us in our best interest.
226: Interesting: « I have never been a fan of science-fiction literature. »
216: « It is estimated that there are forty billion planets in the Milky Way alone that could support life. »
210: No one knows what will happen, but it is unlikely that we are done creating ways to destroy ourselves.
205: Copying yourself is a fork in the road, not an extension of it. Two sentient beings continue after the fork, not one. Once you realize this, then the appeal of uploading your brain begins to fade.
203: The brain has 100 billion neurons and several hundred trillion synapses
182: False models of the world can spread and thrive as long as the false beliefs help the believers spread their genes.
143: Without the old brain, no fear or sadness.
142: Our fear of death is created by older parts of our brain
135: For example, the way the brain learns models of the world is intimately tied to our sense of self and how we form beliefs.
131 « The brain of an intelligent machine will consist of many nearly identical elements that can be connected to a variety of moveable sensors. »
130: Prédiction os how a column tests and updates its model.
129: To be intelligent, machines:
1.) Learning Continuously 2.) Learning via Movement 3.) many models 4.) Using Reference Frames to Store Knowledge
80: Discovering a useful reference frame is the most difficult part of learning, even though most of the time we are not consciously aware of it.
79: what we think next spends on which direction we mentally move through a reference frame, in the same way that what we see next in a town depends on which direction we move from our current location.
71: Thinking occurs when we activate successive locations in reference frames.
62: It is as if nature stripped down the hippocampus and entorhinal cortex to a minimal form, made tens of thousands of copies, and arranged them side by side in cortical columns.
38: Forgetting happens when old or unused connections are removed entirely.
37: Everything we know is stored in the connections between neurons
37: Thoughts and experiences are always the result of a set of neurons that are active at the same time.
36: Neurons look like trees
30: Prediction was a ubiquitous function of the neocortex.
26: vision and language are fundamentally the same.
23: Intelligence, language, touch, are all manifestations of the same underlying cortical algorithm.
23: a slice of cortex responsible for touch looks like a slice of cortex responsible for language or touch.
19: There are no pure motor regions and no pure sensory regions.
11: The human neocortex is particularly large, occupying 70% of the volume of our brain.
11: no matter how smart or sophisticated we are, breathing, eating, sex, and reflex reactions are still critical to our survival.
-Faculty that master chess and Go are not those that can cope with the complexity of the real world.
-Uploading brain to computer wouldn’t be fun