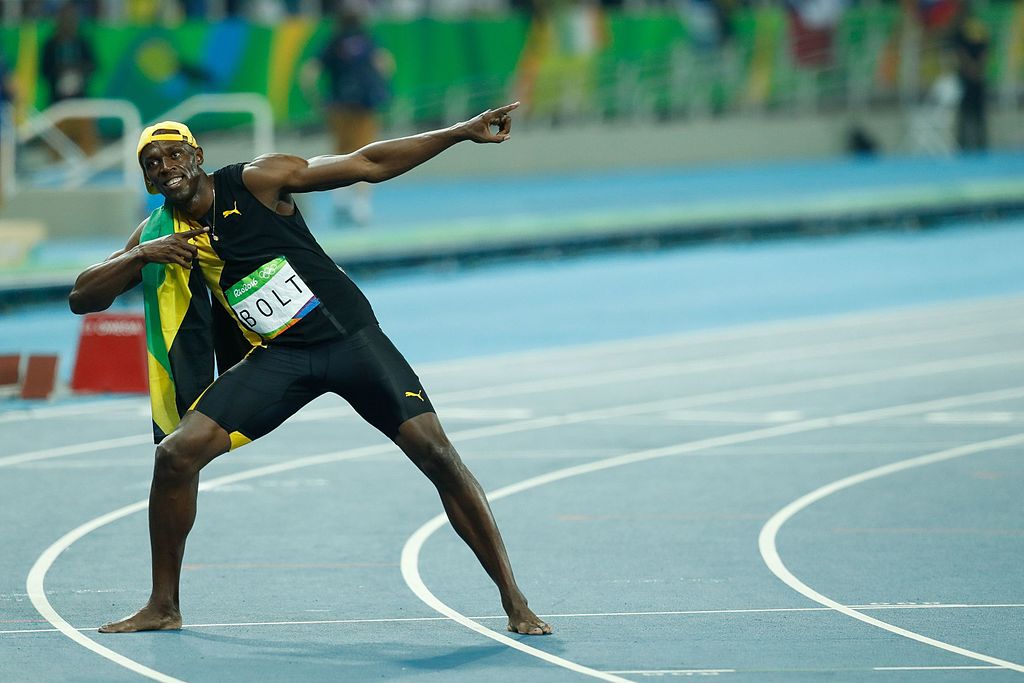 This past Olympics Usain Bolt pulled off a triple-triple, winning 3 gold medals in 3 events (100 meter, 200 meter, 4×100 meter relay) in the past 3 Olympics, a feat that will go down in athletic history and will not likely be repeated during our lives. In track races that are often determined by 100ths of a second, in a sport where the body takes a particular kind of beating and where injuries lurk around the bend of the track (more so than swimming), in an environment where performance enhancing drugs are being furtively abused, it is extremely impressive that Bolt has maintained a #1 status for 3 consecutive Olympics. How did he do it?

Most articles on this topic will highlight Bolt’s superior genes and unique, physical build. While most sprinters are short or of medium height (5’5”-5’10”) Bolt is “freakishly tall:” 6’5.” This means that he has longer legs and a longer stride, which leads to him taking less steps, less contact with the ground, more time in the air, all contributing to less “ground resistance” and faster times. Here’s the breakdown:

Steps taken during a 100 meter race:

Percentage of time spent in the air during a 100 meter race:

Time spent in contact with the ground during a 100 meter race:

So why don’t we see more tall sprinters with long legs? Because tall runners cannot explode like Bolt. His explosion out of the blocks and acceleration is just as amazing as his long legged speed. Someone who is 6’5” with such long legs shouldn’t accelerate as fast as someone who is 5’5” with short legs, but Bolt does, stays even with his competitors for the first 25 meters, then in the last 25 meters leaves them in the dust.

Lesson: Sometimes an early disadvantage someone faces, which may prevent them from entering the ranks of the elite, is the exact thing which pushes them beyond the elite once they have reached that high level.

So what allows Bolt to explode just as much as other elite sprinters? If we continue down the physical vein:

Fast-twitch muscle fibers. Bolt has a high quantity of these muscle fibers, like all elite sprinters, and has trained them to burst when the gun goes off:

Where did Bolt get these muscles fibers?

In the lab they recently discovered…forget science…Jamaica! (“You can take the boy out of Jamaica, but not the Jamaica out of the boy,”-Bolt’s mom). 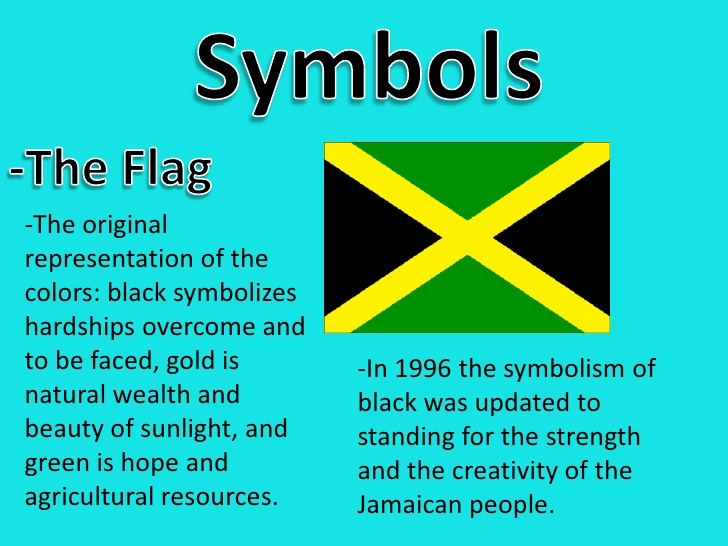 Bolt was born in Trelawny Parish, in a primitive town with no street lights, limited running water, and old men riding donkeys. Bolt was a hyper active child, playing cricket with his brother, Sadiki, using a banana tree stump and an orange. His parents owned a grocery store and his father was strict.

Also: Sprinting gene (ACTN3), 75% of Jamaicans carry this gene. Compared to 70% of US international standard athletes.

But most important: culture! Sprinting is at the heart of Jamaican life. Ever since Arthur Wint won the 400 meter gold in the 1948 Olympics, Jamaica has loved and nourished sprinting.

Growing up, Bolt was a stand-out cricket player and was noticed by Pablo O’Neill, a former Olympic sprint athlete. A mentor was established early on and pushed him towards sprinting, without telling him how good he really was. This was key. Bolt won his high school championships. Bolt said that as a child, “All I thought about was sports.” His coach was often frustrated by his lack of dedication to training and his penchant for pranks. But this flippant attitude meant that Bolt didn’t burn out.

At the age of 15, Bolt participated in the World Junior Championships in Kingston, Jamaica. Before the race he was so nervous he put his shoes on the wrong feet. He still won the 200 meters, making him the youngest 200 meter winner ever. He vowed to never be influenced by pre-race nerves again. The International association of  Athletics gave him a rising star award and nicknamed him the Lightening Bolt.  Seven years before his first Olympics, Bolt was being told he was the greatest in the world at his age, celebrated in the capital of his country, which idolized sprinting.

In 2004, at the age of 18, Bolt participated in the Athens Olympics, but was eliminated in the first round due to a hamstring injury. He gains experience with an Olympics and the hunger grows. In 2005 and 2006 more injuries prevent him from completing a full season. The hunger keeps growing.

In 2007 he broke the Jamaican national 200 meter record held for 30 years by Donald Quarrie. Success! (Today he holds the 13 fastest 200 meters ever run.) At the 2007 world championships he won two silver medals. Relative Failure. Then in May 2008 he sets a world record in the 100 meters (9.72) at Icahn stadium in NYC. Success! Bolt’s early career is a back and forth between being the greatest and being just beneath the greatest…a recipe for continued improvement and rising confidence.

How did he stay on top?

Hard, grueling work (of course) but maintaining a distance of easy humility. People get caught up in his poses and showmanship… 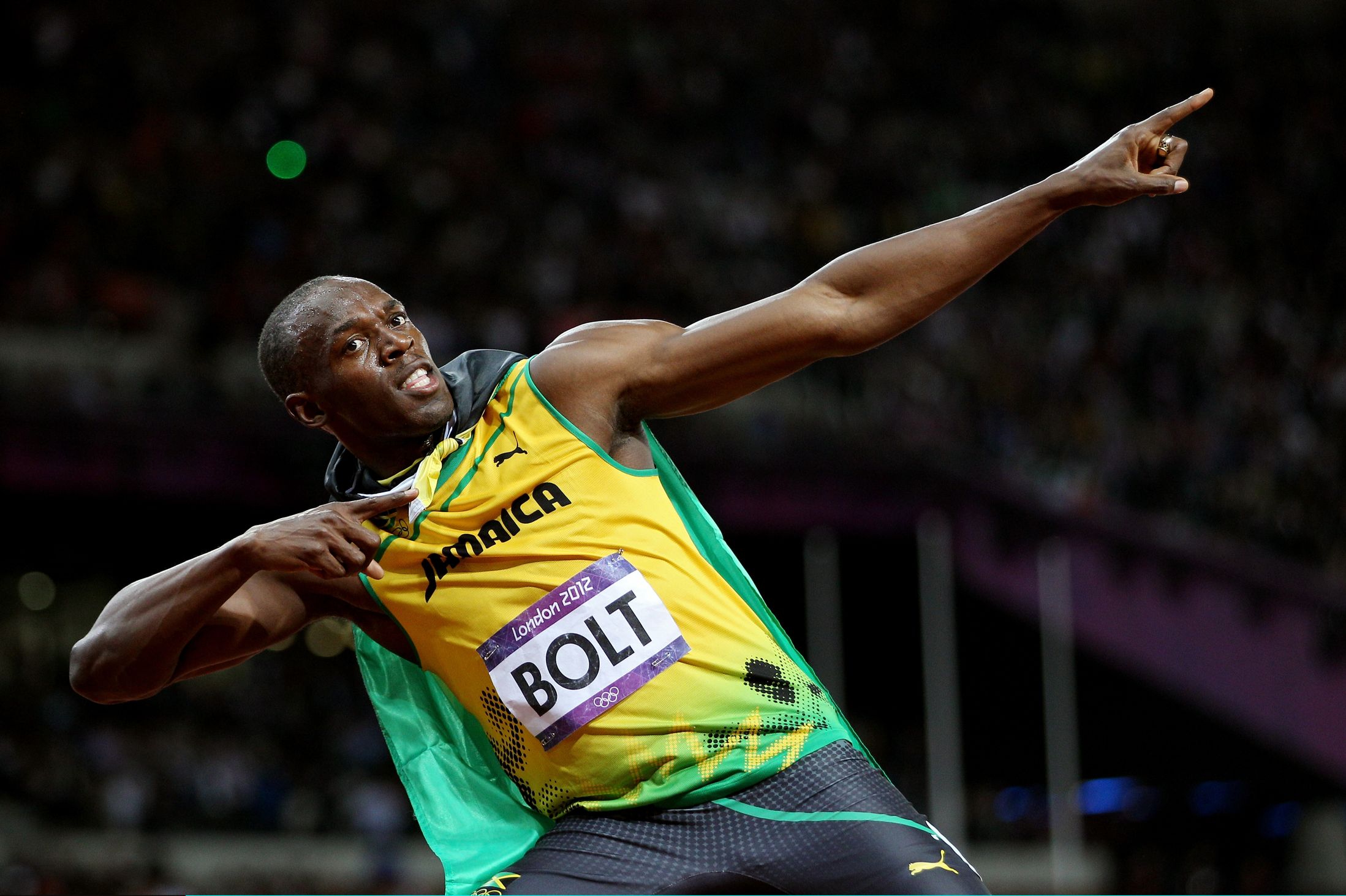 But Bolt as been described by family and close friends as laid back and relaxed. He describes himself as lazy. His headmaster said that all the poses after races wasn’t arrogance, it was just him being who he was. He likes to party and dance. He doesn’t let things bother him past a certain point. But behind all the laid back humour is a fire, an intensity, a steady desire…

Being able to relax and control yourself before a race (especially one that lasts 9-10 seconds) while maintaining an inner intensity is paramount for success in sprinting. Here’s a video of Bolt I took 1.5 years ago when I saw him run in NYC (Icahn stadium):

Look how relaxed he is! One reporter called him “hammily cool.” You must have this attitude if you are to remain on top. Also, at the stadium I noticed more Jamaicans than any other group of people…Bolt has always had his country enthusiastically behind him.

Bolt is also a catholic. He crosses himself before each race.

“I want to thank God for everything he has done for me because without him none of this wouldn’t [sic] be possible.”-Bolt

Bolt displays gratitude. Right after his last Olympic gold he thanked all his fans on Twitter.

I don’t think anything great can be accomplished without an underlying sense of gratitude.