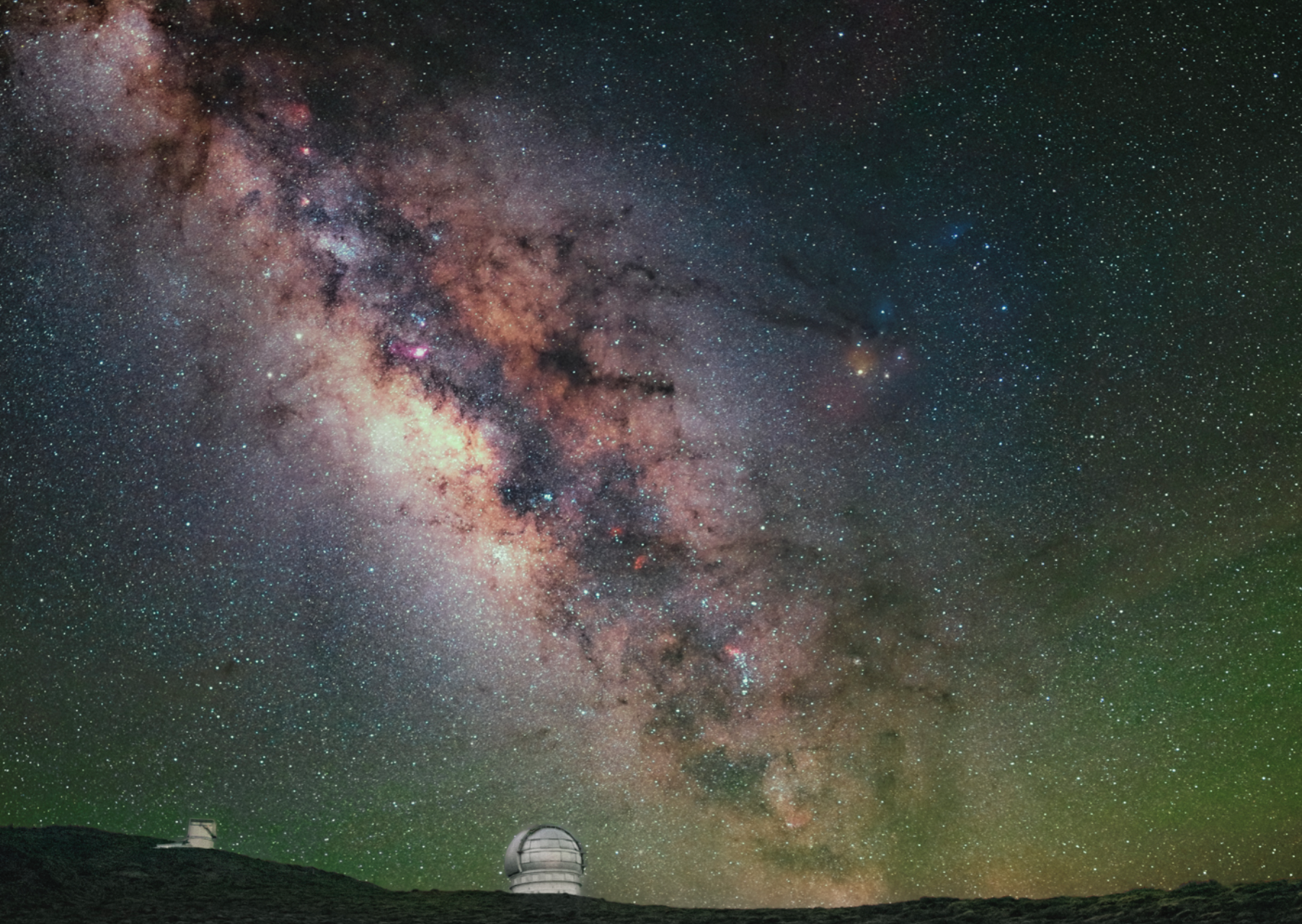 Feeling emotions while reading a book requires a suspension of belief and a break from your physical surroundings. You have to let go of where you are, your problems, your baby basset hound whining on the couch, and become lost and consumed in the story. Or else you’re just a person sitting there holding a pile of neatly-organized paper.

For biographers, memoirists, and nonfiction writers the process of suspending belief is less of a challenge than for Fantasy and Sci-Fi writers. The reader trusts that the contents of the book actually happened in reality, thus giving weight and drama to the events in the narrative.

But a Sci-Fi/Fantasy writer is not only working against the inherent challenge of suspending a reader’s belief from their reality, but they have to instill a new reality with new rules that the reader will accept, spiritually buy into, and consciously follow.

How did Joanne Rowling sell half a billion Harry Potter books? Yes, the characters are great/enduring, the plots are exciting, the writing is solid, and the ideas are fascinating…but she also grounded the magical world as firmly as she could in a reality similar to our own. There’s a magical government, a magical bank, a magical transportation system. In an interview on her writing process Joanne admitted that one of her major challenges in constructing Harry Potter’s world was not creating the instances of magic or the fantastical powers of witches and wizards, but creating the constraints in the magical world that controlled and gave tension to the magical elements/events.

Too many fantasy and Sci-Fi books ignore how important constraints are to creating tension and drama. Why do readers desire constraints in their stories? One reason is because we battle with constraints every day of our lives. Our #1 constraint? We want to do things in life yet we’re perpetually decaying and the clock is ticking. Books help teach us what we want, who we are, and what to do in this brief flicker of existence. The best books don’t waste our precious time. Neither Joanne Rowling nor Andy Weir waste their reader’s time. Andy is a master of using Sci-Fi constraints and a leader in the Hard Sci-Fi genre.

Andy Weir is doing for Sci-Fi what Joanne Rowling did for fantasy. He grounds the narrative as much as possible in reality to add depth and drama to the story. But while Joanne grounded her world with social constructs similar to a human society, Andy grounds his world in scientific concepts and the natural laws of the universe. You learn scientific and space things while reading his books. You learn how solid objects, when you analyze them in the “teeny, tiny realm,” are actually more like thick jungles than brick walls.

What makes The Martian, Andy’s first book (which was a smash and made into a blockbuster Ridley Scott movie) so compelling is that he deeply researched the science and made it as accurate as possible (an exception being the sand storm/wind force on Mars in the beginning…Mar’s wind has high velocity but low force, Andy said he deliberately sacrificed accuracy for dramatic purposes in this case). He wanted to answer the question: how could a human survive on Mars? He crowd-sourced the writing process on his blog and received feedback from loyal readers/needling nerds on whether or not he got the science right. He’d write a chapter, research for three months, then write another. The process worked. He put the book on Amazon (at the insistence of his readers) for the cheapest price possible (.99, he didn’t need the money, he’d been software engineer for 20 years) and soon after the book skyrocketed (pun intended) in popularity. (Within a week he received a call from a literary agent for a book deal and another call saying the movie rights had been sold. Andy said it was a good week.)

But he also kept The Martian‘s plot grounded in reality and constrained. I saw an interview of Andy where he mentioned that he never wanted any “lightning strike conflict moments” to happen to his character. A “lightning strike conflict moment” is when a character is doing something and then BAM-OUCH-SIZZLE, out-of-the-blue thing arrives that causes a problem. This doesn’t feel satisfying to the reader. So Andy had each new problem/challenge that happened to his character (poor Mark Watney) be born out of the character’s previous solution to a previous problem. Through this technique you more deeply feel the character’s struggle.

Andy is well-read in the Sci Fi Genre (he grew up reading the Sci Fi classics Asimov, Heinlein, and Clarke) and he is passionate about NASA and space science. Just as Joanne Rowling spent five years creating the Harry Potter world so that the reader feels like the story teller knows everything about the magical world, Andy Weir has spent his lifetime learning about NASA and space travel, so the reader feels an expertness behind the narrative. What’s funny is that Andy is scared to fly on planes.

Andy is extremely intelligent, but never condescending. He boils down complex, scientific ideas into simple statements, not to show how smart he is (I don’t think cares whether or not you think he’s smart) but because he sincerely enjoys sharing the discovery. He spends months researching the science behind a specific detail that might be one sentence in the book. He is also funny, making light-hearted jokes that often stare death/the void of space in the face.

There are writers who love to write and who have stories they must express and there are writers who do it for a living even though they have nothing more to say (85% of published books). Andy was laid off by AOL fifteen ago and with an ample severance package spent three years trying to find a literary agent to publish a book he was writing. He received only rejections. He thought: “Well, I tried,” and went back to being a software engineer who wrote code. But he loved writing, so he kept at it, publishing stories on his blog. That’s when he created The Martian (one of the three books that he was writing simultaneously at the time…another was about mermaids and another about an alien invasion. In an interview he said that during this period he had “no life”).

After The Martian, Andy became a “full time writer” and wrote Artemis, a story about a sassy, sharp porter/smuggler named Jasmine “Jazz” Bashara who lives on the Moon and gets pulled into a conspiracy for control of the tourist-attraction city. The book is entertaining, the plot moves (readers on Goodreads voted it the best sci-fi novel of the year), the climax is great, and the science is interesting, but Andy’s secondary characters often feel the same/flat. Nonetheless, it was an enjoyable read, enjoyable enough for me to feel eager for the next one.

Andy finds his stride in Project Hail Mary. He focuses in on his main character Ryland Grace, a high school science teacher, and spends the majority of the narrative on his journey. The story opens with Grace waking up on spaceship with two, dead corpses. Grace has lost his memory, but it starts coming back to him in flashes. He realizes that he is on a mission to save humanity…

I cried reading this book, I laughed. Near the end I was walking down the sidewalk with my kindle trembling in my hands and bumping into disgruntled Parisians wearing colorful scarves. There are fantastical Sci-Fi elements in this book, but they were never too much to shock me out of the narrative. Andy approaches problems such as “humans would need an ENORMOUS amount of fuel to travel to other stars” and uses elements he’s already reasonably introduced in the narrative to solve them. And because he is so well-read in Sci-Fi (and “well-watched in Star Trek), I never felt like he was using worn Sci-Fi tropes or clichés when introducing fantastical Sci-Fi things. They always felt fresh (but perhaps I’m not well read enough in the Sci-Fi genre). There’s goodness in the book as well, and a relentless pushing through obstacles. And if there’s a reminder we all need right now, at the tail end of this virus invasion, it’s to remain good while overcoming our challenges. On another note, here’s a picture of a whiny baby basset hound. Have a good Earth single rotation.

All my notes on the book below…if I receive enough positive feedback on this review I’ll write another one (for those who have read the book) digging deeper into the story.