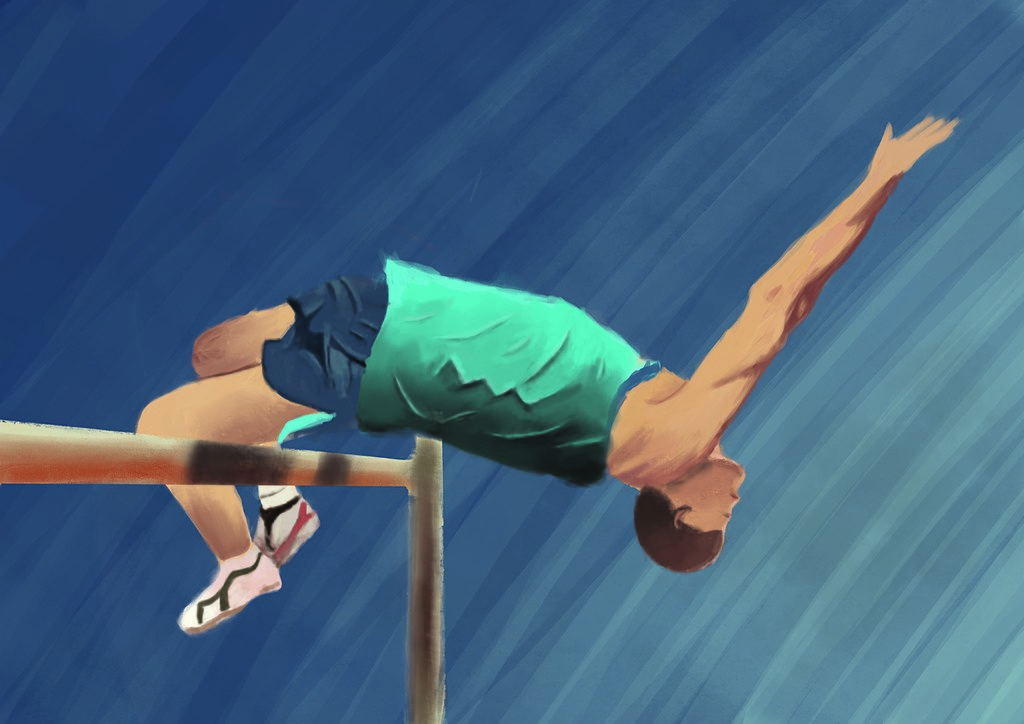 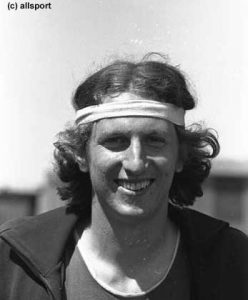 While growing up, Dick Fosbury was a mediocre athlete. He failed to make it on to his school’s football and basketball teams, so he became a high jumper on the track team. At the time (early 1960s) high jumpers were clearing bars using methods such as the scissors jump: 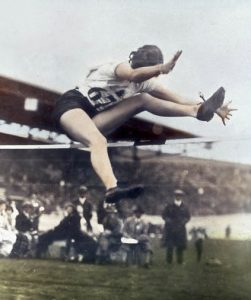 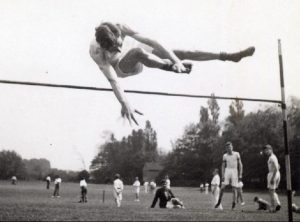 And the straddle technique: 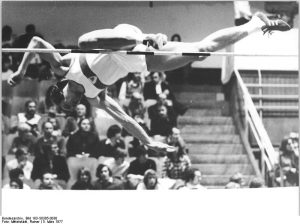 In his sophomore year of high school, Dick failed to complete jumps of 5 feet (the qualifying height for many high school track meets) using the straddle technique.

So he began to experiment with other forms of high jumping.

But even while practicing high jump seriously and using the upright scissors technique, he was not particularly good. He was only able to clear a height of 5 foot 4, well below an Olympic standard.

At a Rotary meet they raised the bar to 5 feet 6 inches. Dick was frustrated and nervous. He’d knew he’d have to do something different. He attempted a variation of the scissors technique, lifting his hips up and pulling his shoulders back. That day he cleared 5’10. But he looked strange.

Because he looked so strange, coaches wondered if he was breaking some rule. But they discovered that high jump rules stipulate only that competitors may only jump off one foot at takeoff: there is no rule governing how a competitor crosses the bar, so long as he or she goes over it.

A revolution was born.

So Dick gradually adapted his technique to make himself more comfortable with his jumps and to get more height out of them. He began leaping over the bar by pushing himself back first, a bizarre technique that necessitated landing on his neck, looking like a corpse pushed out a window.

Of course there were doubters and haters. Spectators referred to Fosbury’s early attempts as an airborne seizure. Newspapers ran semi-disdainful headlines: “World’s Laziest High Jumper” “Fosbury Flops over the bar” (name origin), and comments concerning how he looked like a fish flopping in a boat.

Even when Dick began college, his coach, Berny Wagner, believed that Fosbury would eventually achieve greater results using the western roll (see above) and convinced him to continue practicing the old technique through his freshman year.

It is difficult to break tradition. Teachers sometimes don’t know what’s best for their students.

However, in his first meet of the season his sophomore year, Dick cleared 6 feet 10 inches using his flop method, shattering the school record. The superior results were too much for tradition. The coach let Dick continue with his flop.

Over the next few years Dick continued to refine his technique (developing a curved, J-shaped approach, adjusting point of take-off as the bar was raised, etc.) In 1968 he won the gold medal and set an Olympic and American Record (7 ft 4¼ in.) Now all elite high-jumpers use the Fosbury Flop. Here it is:

The “secret” behind Fosbury’s technique (which even he didn’t know at the time) was a physics idea known as “the center of mass.”

For every object we can locate the average position for all of its mass by taking into account how the mass is spread around the object.

With the old methods of jumping, the jumper’s center of mass was located on their body, so they had to make sure they applied enough upward force to have this center of mass clear the bar.

But with the Fosbury Flop, the jumper’s center of mass is located below their body, so they don’t need to apply as much upward force to clear the bar. 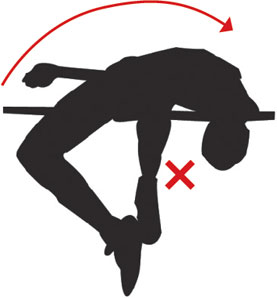 What’s important to know is that Fosbury didn’t know the physics. He just wanted to clear the bar. The physics explanation was an after-thought.

Lesson applied to Art and Business:

Clarify in your mind the end-goal: the emotion you want to convey, the product you want to create, the experience you want to communicate, the service you want to offer…then within a framework of rules…do whatever you can, harness your frustration and experiment, forget the doubters, remember that even your mentors can be stuck in a stagnating groove, adapt yourself and do what feels comfortable…as long as you clear the bar.

Life is a game filled with games. Don’t take for granted how people, even the ones you look up to, are playing it.

Because sometimes you gotta be willing to look like a corpse falling out a window to get what you want.