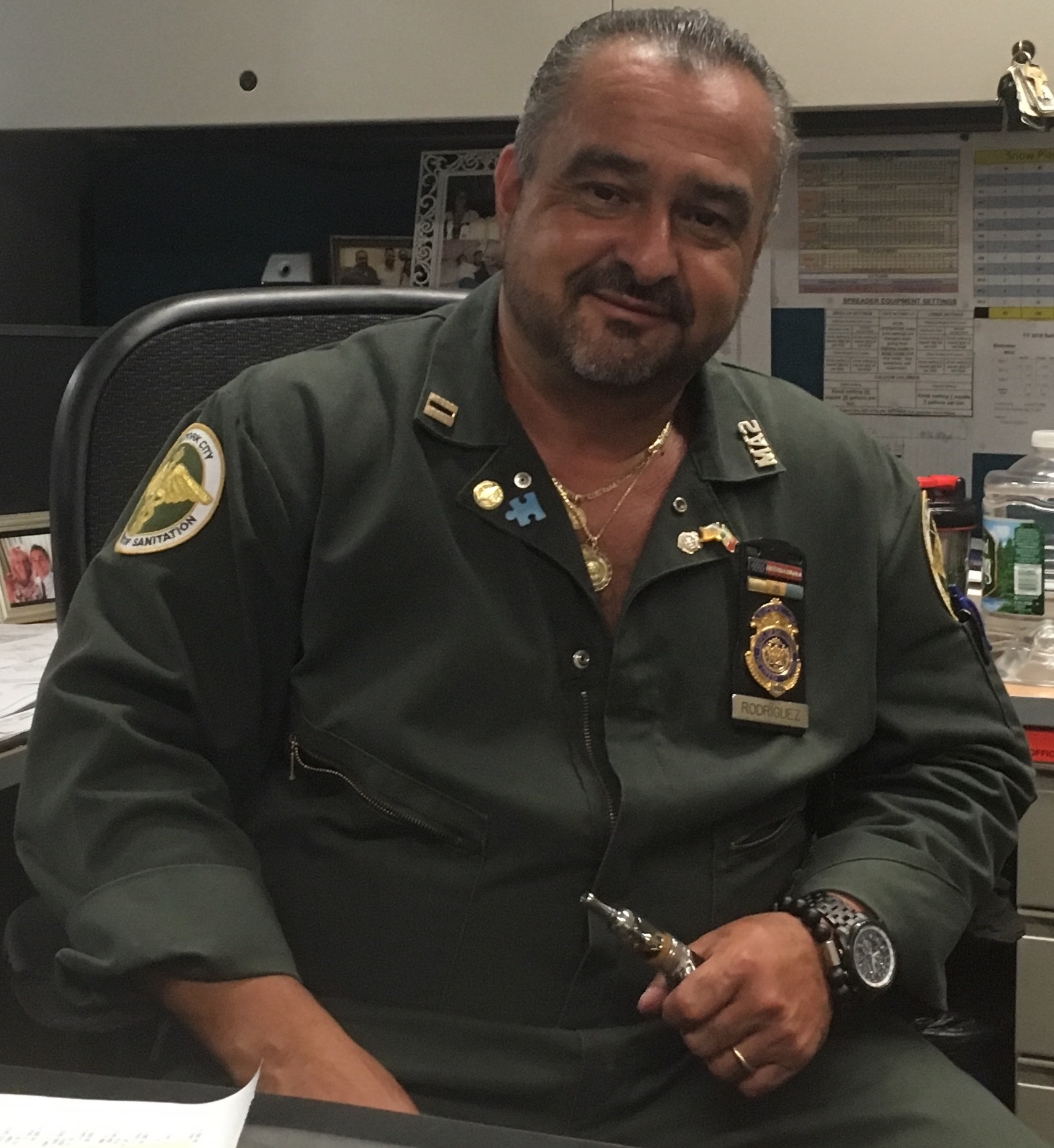 Joe Rodriquez worked as a garbage man for 11 years. Then after completing a government sanitation test, he was promoted to the supervisor position in 1990. His department covers Manhattan section two. The day before I interviewed Joe, his department removed 77.74 tons of trash from their designated area. There are 26 trucks in his department and they work on two shifts, 6am and 4pm. Once they’ve collected the trash, they bring it to an incinerator in Newark, New Jersey. In the winter, which is their busy season, they also plow the streets. Joe said the biggest change he’s seen in his department, as a supervisor, is the technology they use to monitor the trucks and schedules. Waste disposal employees are the most frequently injured government employees, more than firemen and cops. Even though his job is usually mundane, Joe says that 95% of the time he’s excited to come into work. The building where I interviewed Joe was finished being built in Decemember 2015. Joe has a son who is an architect and a daughter who has plans to become a speech therapist. His daughter was married in 2016. Joe’s looking forward to retiring in 2020, receiving his pension, and spending more time with his family.