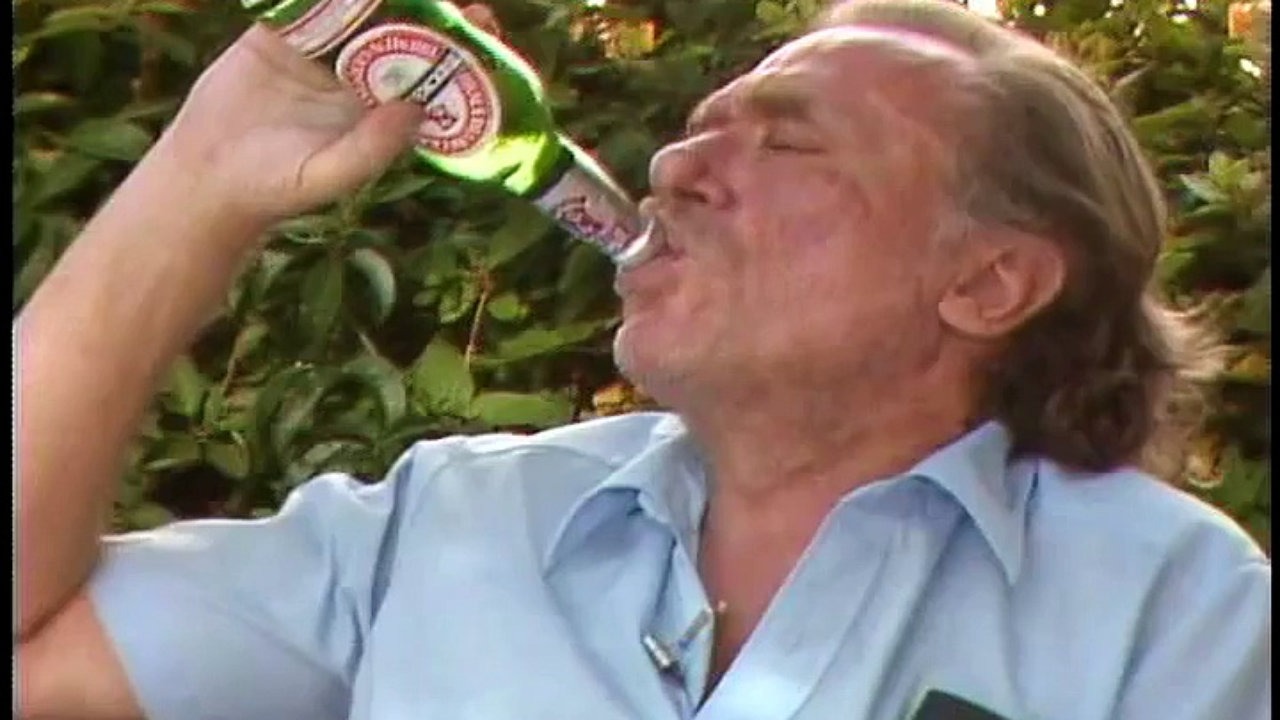 Collaboration with my friend and esteemed colleague: Cal K. Check out his writing website on food and adventure: www.thejoyofeating.org

“There is nothing more glorious than a hot beer shit.”

Whether you call them the D.A.D.S. (day after drinking shits), rum bum, the after-grog-bog, or the Trumpity Dumpities, we’ve all experienced that bodily emergency of needing to empty our bowels, IMMEDIATELY, NOW, PRONTO, STAT, post heavy night of drinking. Why does the body spur us on to such desperate fecal-evacuations? How come their stench is so potent, rivaling skunks and causing pedestrians nearby to gag? Why do they frequently entail multiple trips and multiple toilet-paper rolls over the course of a stressful, sweaty day? And what makes them, overall, so fucking nasty?

Of course it all has to do with how our body breaks down booze. Alcohol is a dense substance (beer = liquid bread, shot of vodka = 110 calories) which bypasses the mouth, unlike food which is chewed and broken down by saliva before it reaches the stomach.

Once alcohol reaches the stomach about 20% of the booze is broken down (mostly through the stomach lining). Then the alcohol moves to the small intestine which absorbs the leftover booze and sends it to the liver to metabolize. The liver processes about 1 drink/hour. The excess alcohol, which isn’t being processed, is sent to the bloodstream and the rest of the body. That’s when everybody in the bar starts smiling at you.

The western, American bias when looking at food/drink is like gas for a car. We need energy to survive, and food gives us energy so we can go, talk, dance the mambo, and streak naked at professional soccer games. But the reality is far more mysterious and complex. Food is not only what we build our body with, but each time we eat something it subtly and immediately affects our entire system. Our mood, thoughts, muscles, third testicle, and organs are all impacted by what we just consumed. This lesson is evident when we become aware of the effects of alcohol, beyond feeling hammered:

Six pina coladas depresses the secretion of an anti-diuretic hormone in the posterior pituitary gland. This means the kidney can’t balance the amount of water in your body, just like you can’t balance on your feet.

Shot-gunning Four Loko also affects sections of the kidney that absorb water and sodium. While your kidney struggles to absorb H2O and NaHCO3, your mind has difficulty absorbing time, language, social cues, and the value of legal tender.

Sipping malt liquor at your nephew’s 2nd birthday party negatively affects the G.I. tract as well. The muscles surrounding the stomach and intestines become loose, just like your conversation. And the contractions in your rectum are reduced, just like your standards.

The worst beer shit morning of my life happened in college. The night before taking the LSAT test I went out drinking heavily with Cal and company. As was the habit, I crushed some late night food somewhere, then passed out. I remember waking up early on a futon next to my girlfriend and being convinced she had just gut-punched me as a joke. I ran to the nearest bathroom and a swamp came shooting out of my ass. I wondered, vainly, if I had gone dumpster diving the night before and been ingesting trash and dead mice all night. Thirty minutes later, after shoveling down a breakfast of 4 eggs and 2 red bulls, I was once again breathing laboriously in stall. While flipping through an LSAT practice book, attempting to figure out why Dan was sitting behind Laura if Jim was sitting in front of Greg, I was spawning Satan out of my butt-crack. Some guy taking a piss even said, “Hey buddy, are you gonna be alright?”

So why do beer shits smell so bad? Alcohol increases the bacteria count in your small intestines, reducing the nutrient absorption in your digestion system. This means the bacteria in both your large and small intestines have more nutrients to consume (which haven’t been absorbed in the body), which produce the potent, “sour” stink when you have a beer shit. Also, the liver produces a bile to help break down alcohol, and this bile is added to the pungent mixture that is flushed out.

As my colleague J.W. astutely observed, the beer shit is a chemical cocktail – a calamitous mixture brewed up in our bowels and released with a furious vengeance. It is unlikely the stomach of modern man was engineered to successfully pass a dozen malty brews administered over the course of a few short hours – it comes as no surprise that the result is unpleasant.

But as with all things in life, the worst of these events is more than a biological process – it is a social and psychological one, as well.

Let’s examine the larger topic of defecation in general: It is rarely enjoyable to evacuate your bowels in anything but the comfort of your home, or perhaps in a hotel room with a degree of privacy and a separate room for the toilet. There you can set up shop and get to business at a familiar. But in airports, restaurants, outdoor concerts, indoor concerts, friends’ houses, relatives’ houses, foreign countries or anywhere that might become a high-traffic zone, I contend that stress is an additional, negative factor.

When in these strained circumstances, it is impossible to enjoy a leisurely depth charge. You inevitably force the issue.

Now, combine a public shit with a long night of drinking – perhaps a bender – and what results is the worst-case-scenario, the apocalypse now – like, as in, right now.

J.W. asked me to contribute my $0.02 to this piece, which I am happy to do no matter what the topic. But in fecal matters, we happen to share a connection.

During college, J.W. and I were involved in a week-long celebration that fell sometime in late autumn. I won’t go into great detail to avoid incrimination. Suffice to say we consumed, probably, an average of 15 beers per 24 hours, including various other forms of booze presented in everything from glass bottles shaped like mo’ai to gallon jugs that look like they once held battery acid. Our stomachs underwent significant stress during that period – some of it unforgivable.

Toward the end of the week, I awoke in our suite sometime in the wee hours of the morning – maybe 10 a.m. – and walked into J.W.’s room. He and his roommate were asleep. Their quarters were covered, inexplicably, ceiling to wall to floor, in a layer of bleached white flour. I carved out a spot on the desk and proceeded to roll a marijuana cigar.

For the uninitiated, smoking is itself a diuretic – you will need to use the restroom not long after burning one down. Before that happened, I walked toward the campus café, seeking any form of nourishment that might quell the quiver in my liver. It was a sunny day, and that only made matters worse. You never want to be seen in such misery.

As I entered the building, a friend of ours walked out – a girl we’d known throughout college. She stopped me just as I began to realize, too late, that I was soon to undergo a thunderous bowel movement.

I brushed past her, past the café, past the angelic studying nerds and on to the bathroom. What had occurred was something greater than gas – something far worse. This sort of thing is exceedingly rare: Consider what it would take for you to knowingly poop yourself. How much willpower could you command to break that instinctual seal? Yet my condition was so haggard that my regulatory system failed to recognize the impending catastrophe.

When I reached the stall, the storm had already passed – I merely needed to assess the damage. It was severe: enough for me to abandon the underpants beneath the toilet and waddle back to my dormitory in humiliation so I could properly shower.

But as I removed my boxers, I couldn’t help but laugh. Remember, J.W. and I were roommates, and undergoing a chaotic week of debauchery. I realized, as I looked down at the crumpled, smelly wad of plaid shorts underneath a toilet, that a custodian would eventually find them (for this I am deeply ashamed), and that the custodian might even pick them up and think, “What sort of bastard would rip off his shitty underwear and leave them behind – knowing I would have to clean it up?” And that custodian might then glance at the tag on those boxers that I compromised and think, of course – who else could it possibly be than the student whose name was marked on the inside waistband: J.W. Kash.

So keep in mind, gentle reader, that alcohol is fun, but it is also poison that should be imbibed with awareness and respect. Because the spiritual pleasures of the night must always be paid for by the bathroom agonies of the morning.

One Reply to “What is a Beer Shit?”