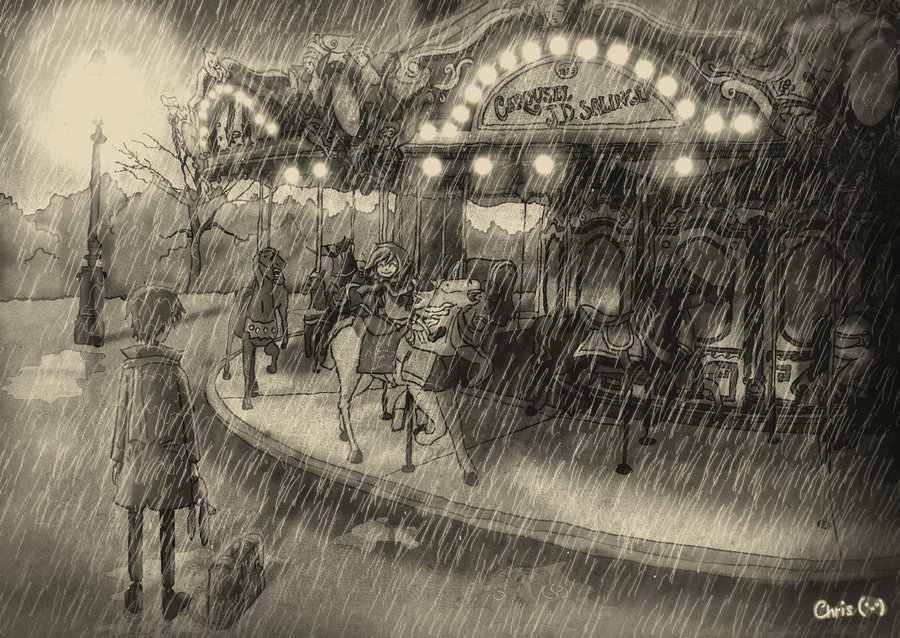 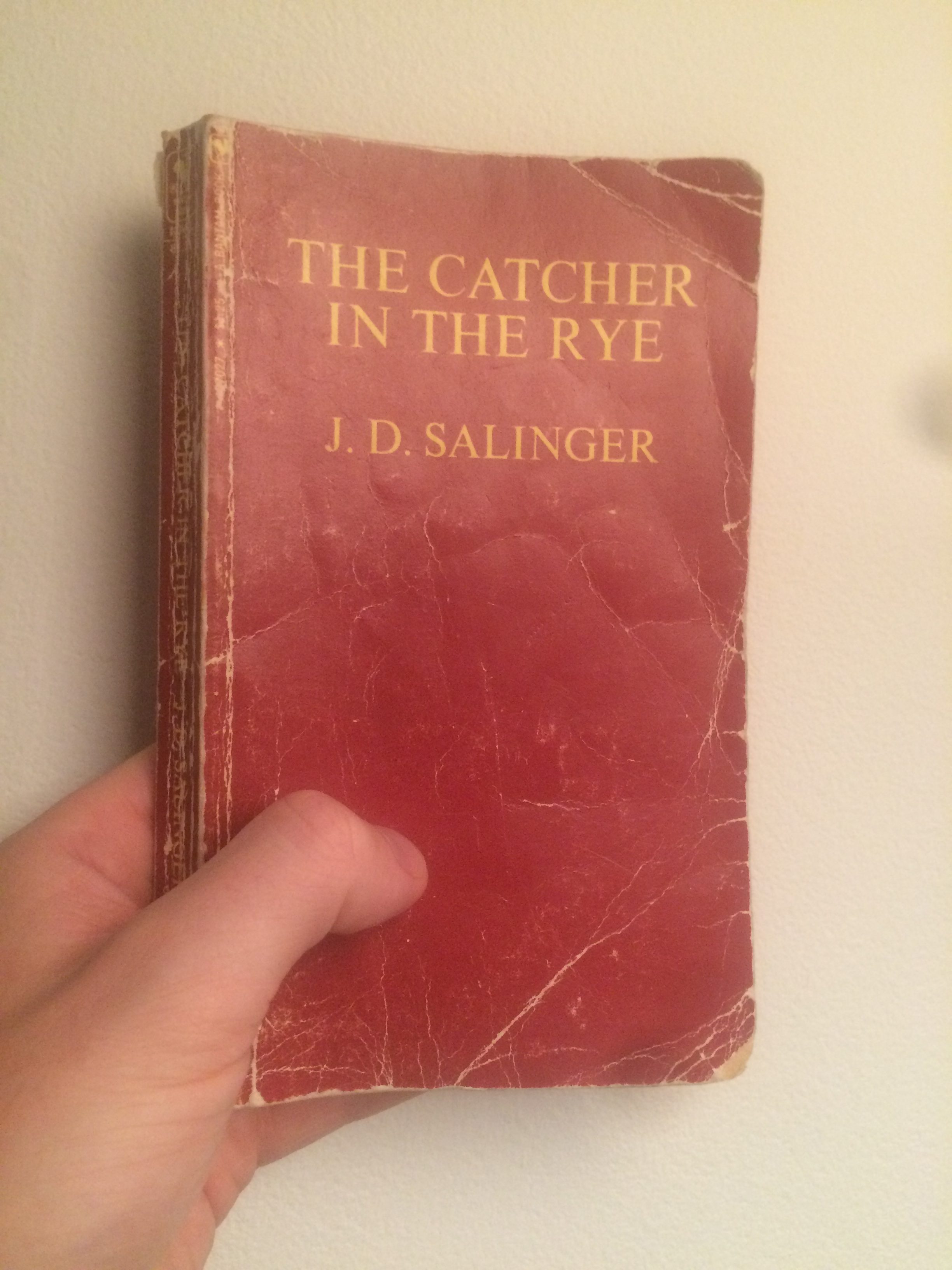 Tonight I finished this little book for 10th-15th time…I’ve lost count. As a serious, American writer there’s no way you can ignore Jerome. He has one of the strongest, loudest, most tightly controlled voices in all of literature (at least since Mark Twain). Even authors who hate him can’t help but acknowledge that he mastered his perspective. My favorite, indirect slap (but we all know that a literary insult is a form of tribute):

“In the same school are those modern writers who start with some assignment such as “a mood of adolescence” or “my search for the meaning of life in prep school.” When they write, the standard of selection is the mood of the moment. The result is the kind of story where you do not know why one incident was included rather than another, or what is the purpose of it all. Behind such a hodgepodge is always a writer who starts without a defined plan and then writes as his feelings dictate.”
-Alisa Zinov’yevna Rosenbaum (The Art of Fiction)

Since my mind is whirling with all I could say about this novel, I’ll start with some interesting facts:

1.) Published in 1951 when Jerome was 31. Despite being an established author who had published successful stories in The New Yorker prior to this book, The Catcher in the Rye was denied by Harcourt because the head of the trade division “couldn’t understand it,” and the editors thought the protagonist “wasn’t believable.” (Both valid criticisms.) When Mr. Salinger was told this face-to-face, he broke out into tears, grabbed his manuscript, and ran out of the publishing house. He went to Little, Brown instead. Since 1951, The Catcher in the Rye has sold 65 million copies and continues to sell about 250,000 copies every year. Good job Harcourt.

2.) Salinger was in WWII, stormed the beach at D-Day, was engaged in some of the bloodiest combat (letter home: “I’ve been digging my foxholes to a cowardly depth”), and freed concentration camps (he was half Jewish). Yet he never wrote directly about the war:

“I believe its the moral duty of all the men who have fought and will fight in this war to keep our mouths shut, once it’s over, never again to mention it in any way. It’s time we let the dead die in vain. It’s never worked the other way, God knows.” –J.D. Salinger

He carried around the first 6 chapters of The Catcher in the Rye during the war. No wonder the beginning is so damn good…the guy was writing it when he knew that he could die any day…and when his friends were dying all around him…you don’t mince words, emotions, or ideas if you’re on the edge of death and you’re trudging through horror. In a letter home during the war Salinger said, “All I have left is nostalgia.”

3.) Three men committed murder who either had a copy of Catcher in the Rye in their hotel room, with their few belongings, or on their person at the scene of the crime. The most famous murderer was the guy who killed John Lennon. He sat down and read from Catcher right after he killed Lennon. He read from Catcher in court as his defense. The bastard is still in prison.

4.) J.D. Salinger had one nut. He was also suave and good with women. He dated the beautiful Oona O’Neill (daughter of the famous alcoholic, playwright Eugene O’Neill) before he went to war. Then she married Charlie Chaplin during the war and broke Jerome’s heart. The character in Catcher named Jane Gallagher, who Holden is always trying to call but never speaks to, is Oona O’Neill. Like Oona, Jane’s father was “…supposed to be a playwright or some goddamn thing, but all I ever saw him do was booze all the time and listen to every single goddamn mystery program on the radio.” More telling, Jane’s father was named Mr. Cudahy. Patrick Cudahy was the maternal grandfather of Charles F. Spalding, who was a scriptwriter for Charlie Chaplin.

5.) “A man’s got to take a lot of punishment to write a really funny book.” -Ernest Hemingway. During the war Papa Hemingway hung out with Jerome. He said Salinger had “helluva talent.” When Hemingway died one of the few books in his library by living authors was Catcher. Catcher is an extremely funny book…it is also disturbing…those two things in literature frequently go hand in hand. “Comedy is the mistress of sorrow.” -Jonathan Winters

So what is it about Catcher which makes it timelessly affect people so deeply? Every great work of art (especially books) has an element of mystery…but here are two reasons:

1.) “When you come down to brass tacks the value of a work of art depends on the artist’s personality.” -Somerset Maugham.

Salinger has a funny, ridiculous, wild, and enticing personality. And he hits on that extremely difficult balance of intimacy and independence. You want to hang out with the protagonist, Holden Caulfield, because he kindly brings you into his world…yet he doesn’t give a shit if you like his world. Readers enjoy the personality of the novel. Think of the funniest people you have ever met…they touch the deep tissues of empathy which you share with them…yet they are also unique, ridiculous, and rioting in their own sphere.

It’s impossible to analyze adequately…but while reading Catcher you intuitively think, “Yes, this is exactly what Holden would do/think/say in this situation. A high school drop out who’s a self-proclaimed liar and exhibitionist would try to get plastered in a bar and hit on women.

2.) The novel, structurally, is extremely self-contained and balanced. Holden interacts with a concerned teacher near the beginning and at the end of the novel. The teacher in the beginning “gets a big bang out of buying a Navajo blanket” and near the end Holden observes an Indian weaving a blanket in the Museum of Natural History. The teacher in the beginning reads Holden’s crappy final paper on the Egyptians and near the end Holden talks to two boys about how the Egyptians preserved their dead. When Holden interacts with the two nuns he accidentally blows smoke in their faces and near the end when Phoebe is riding the carrousel the song playing is “Smoke gets in your eyes.” In the beginning Holden is standing next to a Revolutionary War cannon and near the end Phoebe talks about playing Benedict Arnold in the school play. When Holden is in a taxi he talks to the driver about whether the fish survive in the ice during the winter and near the end Holden observes an Eskimo ice fishing. The first line of the book mentions David Copperfield by Dickens and in the middle Holden sees a movie where the protagonist is carrying Oliver Twist and near the end the neighbors of his childhood home are the Dicksteins. In the beginning Holden says that the weather is “cold as a witch’s teat,” and later he refers to three women in a bar as witches. In a memory Holden likes when Jane puts her hand on his neck and later Phoebe, when Holden is crying, puts her “old arm” around his neck. In the beginning the first teacher shouts, “Good luck” after Holden and at the end the old woman in the school shouts “Good luck” after Holden. There are numerous references to coats and dancing. All these little connections (there are many, many more) subtle strike out subconscious while we’re reading. They create a world where the parts add up to something greater than the whole.

My experiences with the book…

1.) I first read Catcher when I was 12. I thought it was boring and, for some reason, “sticky.” I remember two images standing out: a guy in a formless bar talking to himself. And a little girl at the end riding a carrousel. So what? I also remember thinking it was crazy and silly that the voice of the book was a teenager…because the book was written by a 31 year old man! (I looked it up)…that’s weird.

2.) I read it again in college. Hmm..there are actually some funny parts in this book. Still…big deal.

3.) After college I read it again…holy shit…there’s a lot going on here.

4.) Now I have to purposely restrict myself from reading it too much…I look forward to the future when I forget parts of the book so I can encounter them again with a fresh, different mind…I’ve had experiences in bars, with women, with lost innocence, with living in NYC, with pain…it feels good hanging out with Holden.

There’s a lot more I wanted to say…but since I have a tendency to talk too much….I’ll end with this….

Mr. Salinger is a friend. 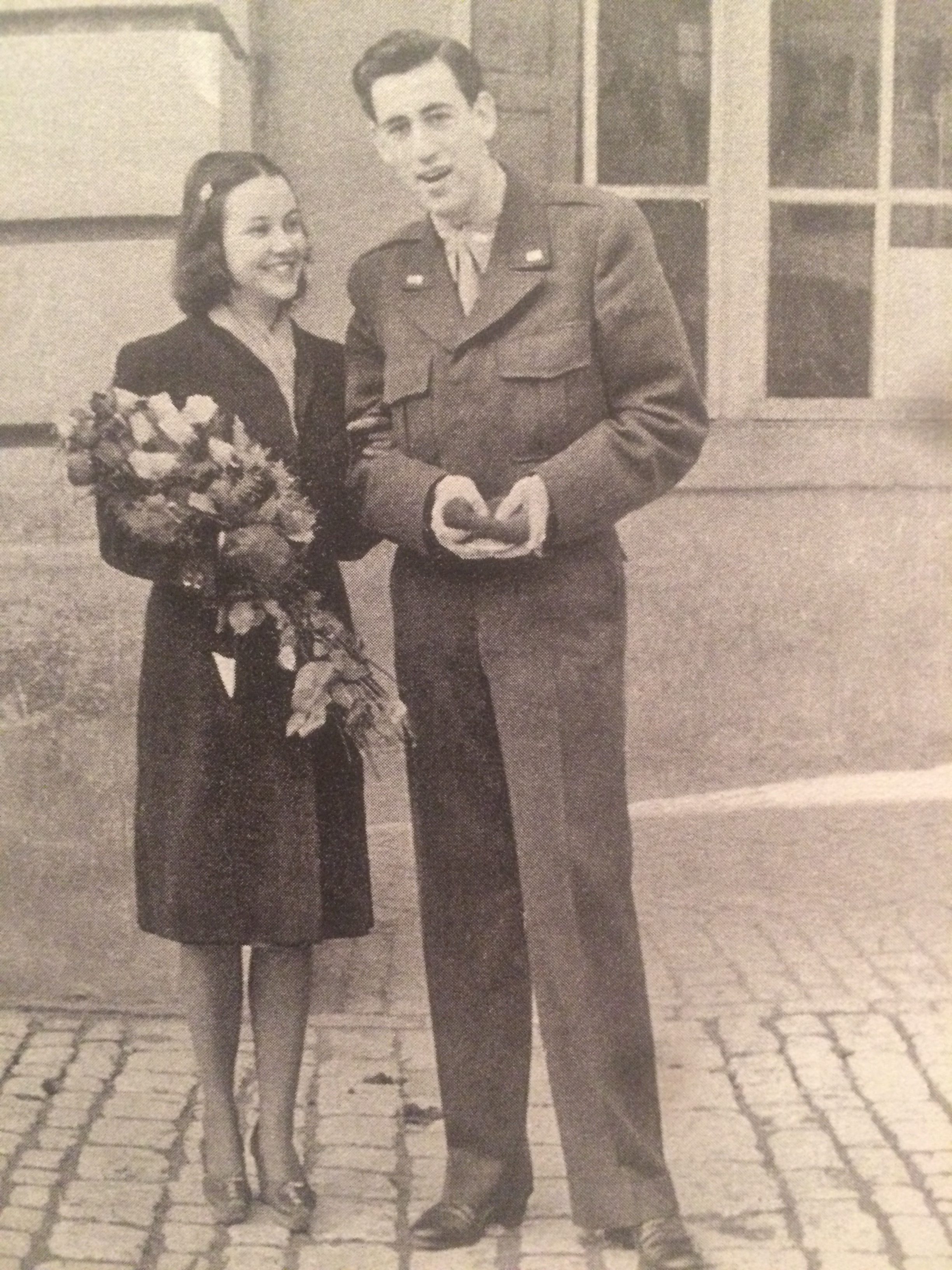 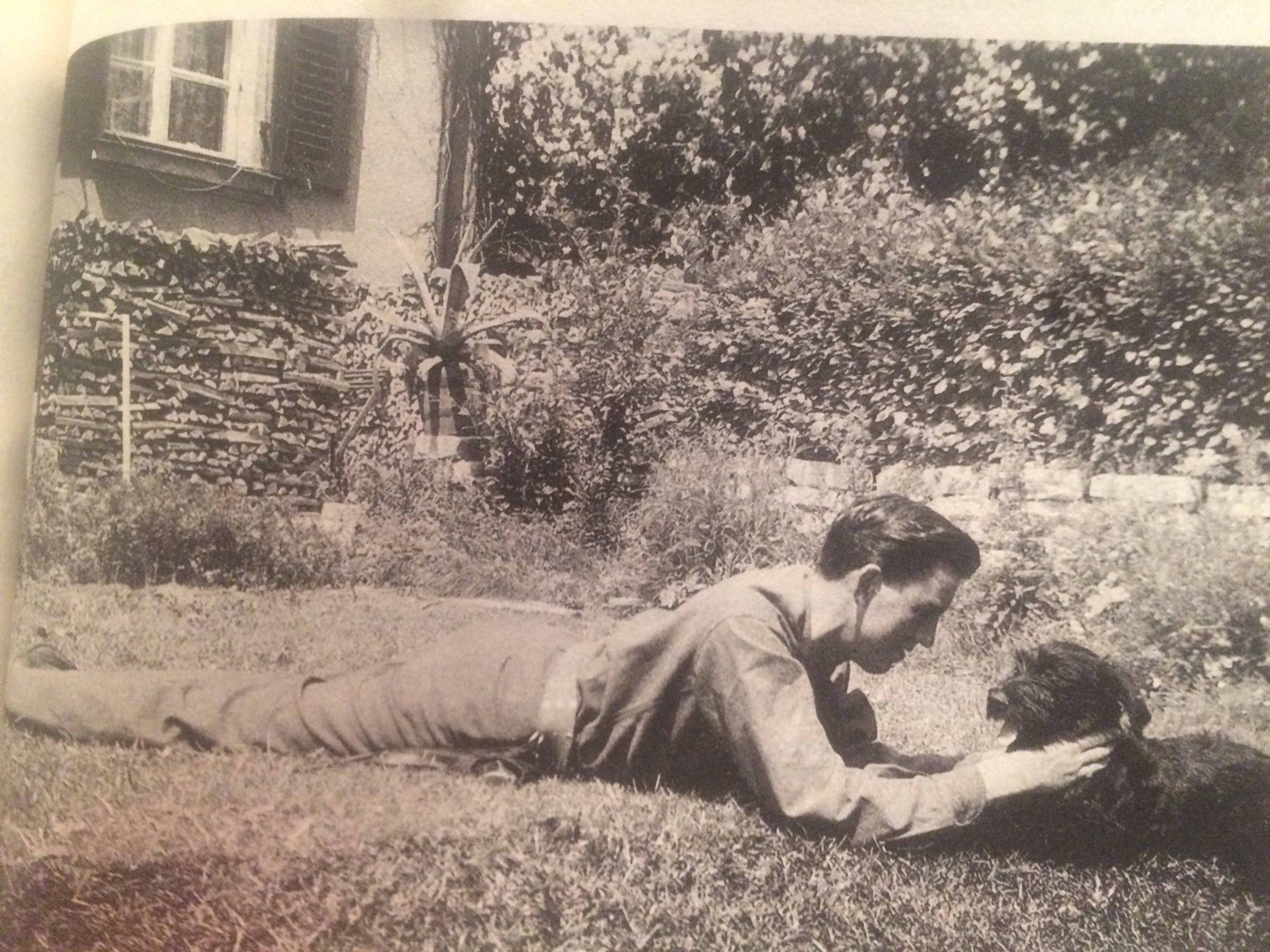 And he had a beloved schnauzer named Benny who lived with him while he wrote his only novel.

3 Replies to “The Catcher in the Rye”