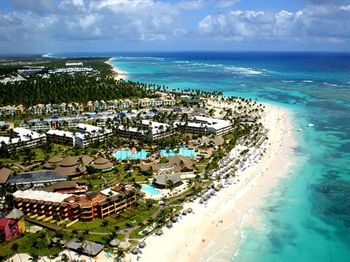 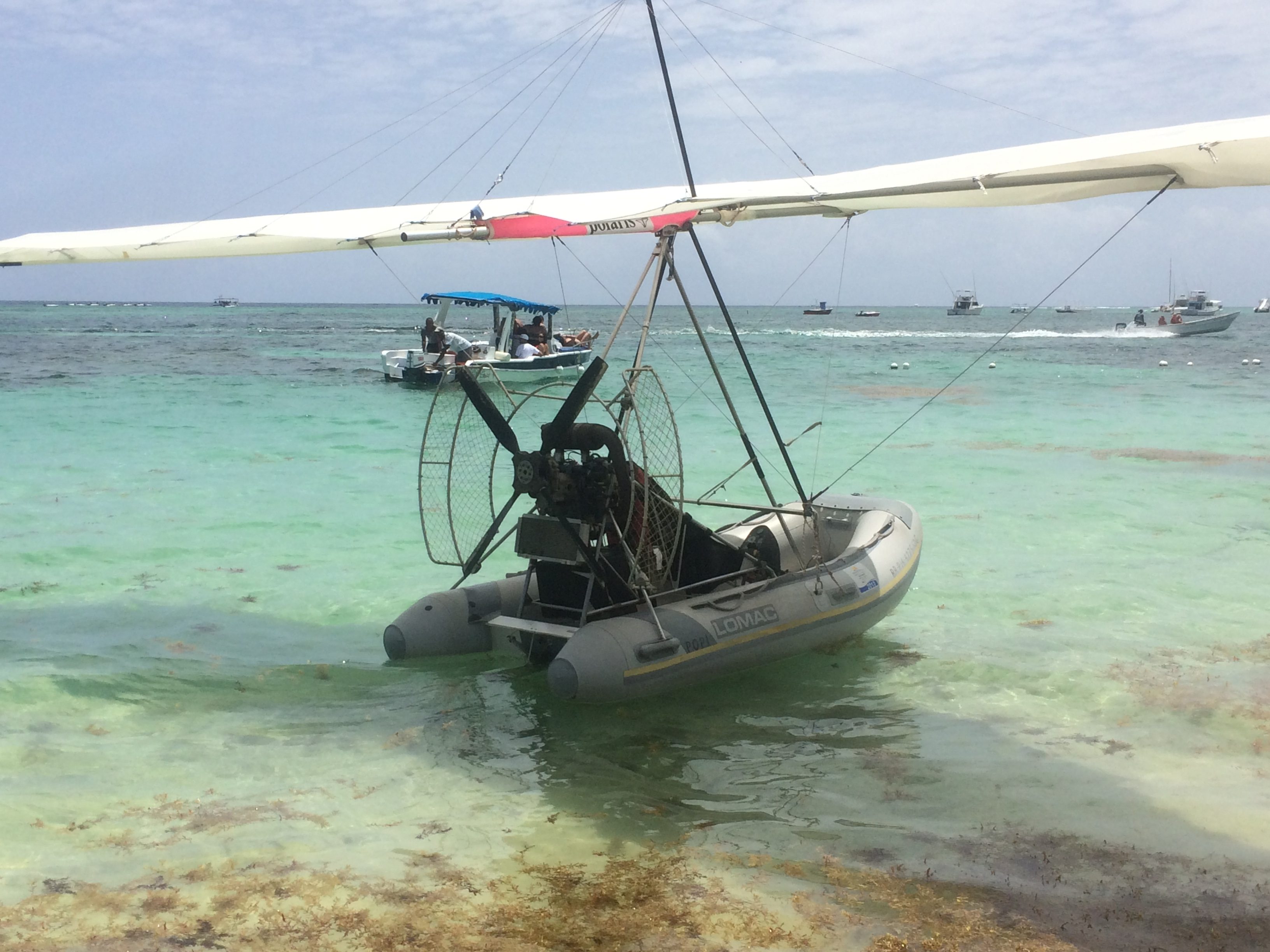 Last year my ex-girlfriend and I traveled to the Dominican Republic for a destination wedding. One morning we were drinking by the pool when this flying-boat-hang-glider soared by in the sky.
“That thing’s a fucking death trap,” I said.
“I’m going on it,” she replied. “Tomorrow.”
“What?”
“I’m serious. After I finish this beer I’m going to go ask the concierge.”
“God damn it,” I said.

The concierge didn’t have any pertinent information. The next morning while on a run I found the captain of this suicide ship about a mile down the beach. He was a Frenchman and spoke no English. He was not affiliated with any hotel or activity organization. He was just a Frenchman with a flying boat. And faint muttonchops:

I told my ex-girlfriend about it and in the afternoon we walked to the flying boat. We each paid $70 for a 20 minute ride. The flying boat could only carry one passenger at at time. My ex-girlfriend went first. During the entire flight she kept leaning over the side and waving. She was a maniac. When it was my turn I pictured the hundreds of notebooks I’ve filled with scribbles over the last couple of years and wondered if anyone would go through them when I’m gone. Probably not.

Still though…it felt good to pretend. I sat in the flying boat and held on with a vice-like grip.

There have been 3 times in my life when I felt almost certain that I was about to die. This experience is one of them.

Captain Jacques Cousteau increased altitude and began gradually turning the craft so we could fly back the way we came. We were hundreds of feet above dry land and the wind picked up. I knew that this was the trickiest part of the flight. If the wind hit the wings too forcefully as we turned and Jacques didn’t adjust correctly the boat would keep on turning and head downwards.

In the video below it’s difficult to tell the level of turbulence with the camera attached to the wing. But between 7 and 15 seconds the flying boat began to jerk and rock. It was during the time that I thought, “This is it. I’m a goner.” At 13 seconds the boat veered to the left, then back to the right, and while I almost choked on anxiety Captain Jacques muttered something under his breath. I swear it was, “Vive la France.”

After the ride I ignored the horde of Dominicans trying to sell me trinkets and smoked a cigar to ease my frazzled nerves. My ex-girlfriend laughed and said I looked all shaken up.
“How come you never waved?” she asked.
“Because I was terrified.” We walked back to the hotel.

Later on at the tiki bar, people asked how it went. My ex said it was so much fun. I said it was the last time I would ever step foot in that Dominican Death Trap.

While my ex elaborated on the details of the flight and a friend showed her pictures he took from the ground, I left and walked back to our lounging chairs. I was happy to return to sipping corona and reading The Brothers Karamasov by the pool.