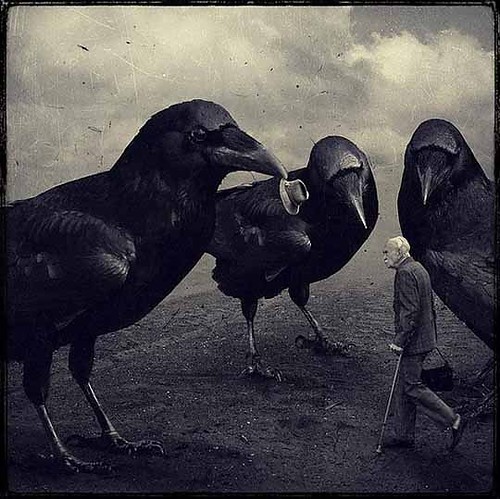 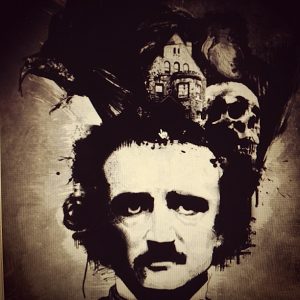 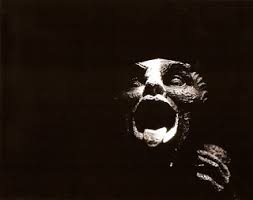 Self-destructive behavior and self-destructive thoughts are an interesting field of study. In Eddie Poe-Poe’s short story he begins with an essay describing this principle of perverseness: “…an innate and primitive principle of human action, a paradoxical something…a mobile without motive, a motive not motivirt…through its promptings we act, for the reason we should not.”

In other words, we do the thing because a voice in our head tells us not to do the thing. Poe-Poe ends his story with the narrator admitting to the reader that he is a murderer who committed his crime without being suspected or punished. One fine day, whilst the murderer is “sauntering along the streets…murmuring, ‘I am safe – I am safe- yes – if I be not fool enough to make an open confession!’ he is stricken by the Imp of the Perverse and makes an open confession. He ends up condemned in prison wearing fetters.

But throughout this essay and story I couldn’t help but wonder: “Can we ever fathom all of the reasons for our actions? How much should we hold ourselves accountable for knowing the reasons behind what we do? Do we truly understand the “self” behind “self-destructive” behavior?” And concerning the battle going on in our heads “Do this, don’t do that.”…who are we to pick sides?

It’s all very confusing when you go down the rabbit hole…even Poe Poe says, “Nor will this overwhelming tendency to do wrong for the wrong’s sake, admit of analysis, or resolution into ulterior elements.” Yet here he is analyzing the tendency.

What if the narrator of the story had encountered a beautiful, intelligent, convincing Christian woman two months prior to his confession. What if she had preached the merits of confessing your sins. Maybe the narrator forgot about this woman, even though she still managed to alter an aspect of his subconscious. So it wasn’t the imp of the perverse telling him to do the wrong thing, but the angel of Christian morality telling him to do the right thing.

We’re all destroyed in the end. Some of us do things in our lives which cause us to expire faster. From a narrow and limited perspective it may seem like the man swimming with sting rays is engaged in “self-destructive” behavior (Steven Irwin) but perhaps he values adventures with dangerous animals over personal safety. From a narrow and limited perspective is may seem like holding your breath for 17 minutes is “self-destructive” behavior (David Blaine) but perhaps you value testing the limits of endurance or proving skeptics wrong over physical comfort.

What makes all of this problematic and convoluted is the fact that we have desires and often these desires are subconscious or conflicting. Pussy, money, weed, love, comfort, attention, solitude. What do you want? In our fumblings and gropings to get these things we often engage in (what looks like) stupid, self-destructive behavior. We often have a voice in our head which shouts, “Don’t do that! It’s wrong!” but a quiet, subtle, more insinuating voice…with hidden, stronger motives…overrides and we do it.

Edgar Allan Poe was a controversial, combative, raging alcoholic who wrote gruesome, violent stories. I think an insight into his aberrant behavior and “terrible” stories is the last paragraph of The Imp of the Perverse:

“But why shall I say more? To-day I wear these chains, and am here! Tomorrow I shall be fetterless-but where?”

The deep and obsessive understanding that many artists have of the annihilation we all face leads them to act “crazy, self-destructive, wild, hurtful, outrageous, etc. etc.”  Look at me! My paintings! My music! My words! I’m here! I’m here! Quick! Before I’m dead! Then their addictions or wild tendencies find free reign in the knowledge of the encroaching blackness.

My alcoholic grandfather used to watch joggers and say, “Poor bastard doesn’t think he’s gonna die.” This sort of thinking often leads to “I’m gonna do, think, or drink what I want…cause it’s all ashes and dust in the end.”

We shouldn’t give in to nihilism, though. I think the best we can do in order to avoid the imp is figure out what we really want…clarify it, repeat it, work towards it. And until then….you gotta just keep shitting in your hand and jacking off.

Have a nice day.

One Reply to “The Imp of the Perverse”