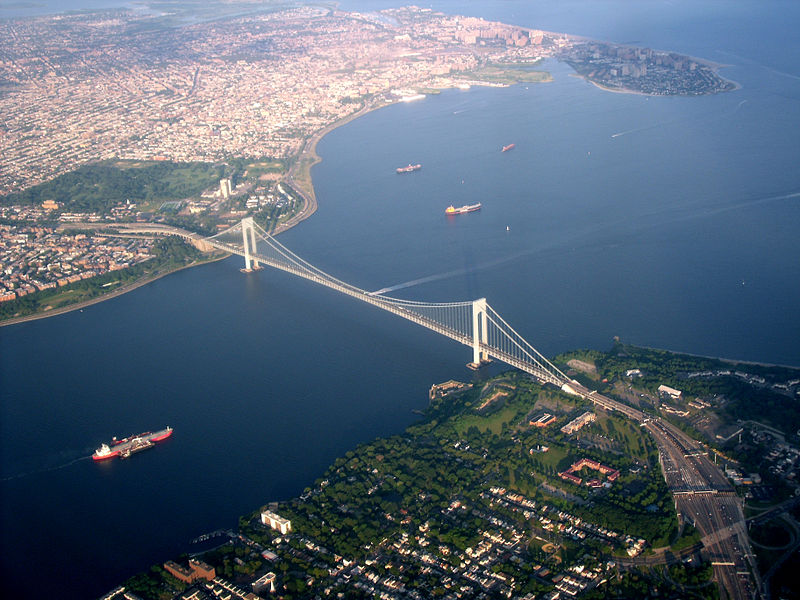 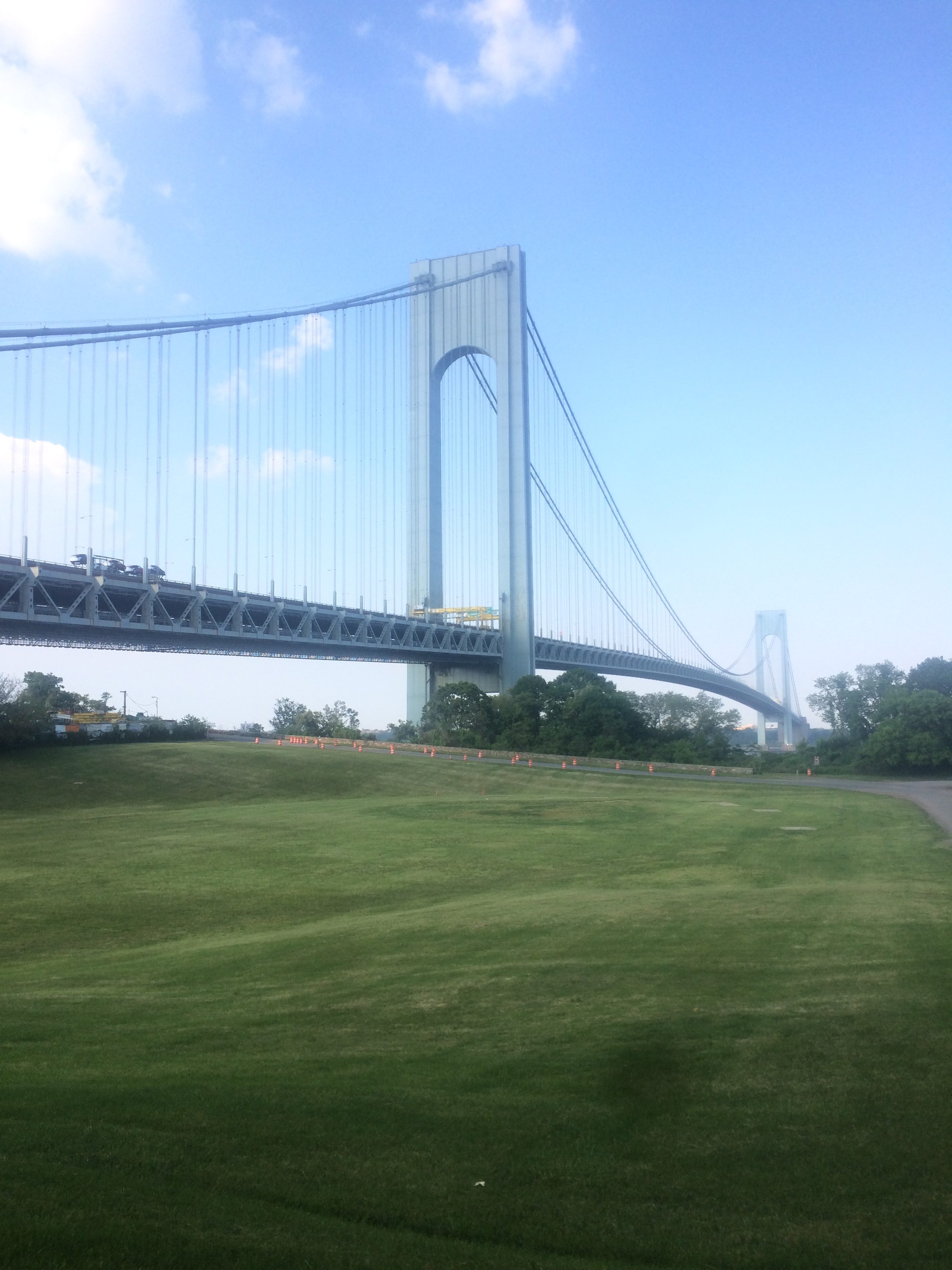 There she is…what a beaut…she spans from Staten Island to Brooklyn. 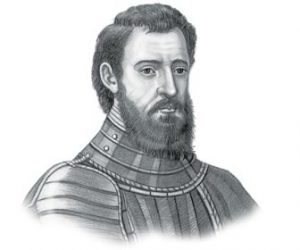 He was commissioned by King Francis I of France to explore the New World and occasionally rape and pillage. His most known voyage was along the Atlantic Coast from Florida to New Brunswick, where he stopped in the New York Bay in 1524 to eat some overpriced pasta in Little Italy. In 1528 he was killed and eaten by Carib natives. According to long lost texts recently discovered in Guadalupe in 2012, Verrazzano’s ball sack was roasted over an open fire and sprinkled with cloves and nutmeg.

In 1951, the Italian Historical Society took a break from doing each other big favors and murdering snitches and requested the new bridge be named after an Italian. After 9 years of picketing outside of government buildings and yelling, “Hooooo, C’mon, I says whaddu mean?! You fuck my wife?! Get outta here…” in 1960 a bill was passed for the name Verazzano and signed by Governor Nelson Rockefeller:

But during the last year of construction (1964) JFK was assassinated and a petition to name the bridge after him received thousands of signatures. John N. Lacorte, the president of the Italian Historical society, was enraged and started violently throwing his brother-in-law into garbage cans. (He was also a wealthy man and in 1987 he announced a plan to give $1,000 to teenage girls who remained virgins until the age 19…that’s actually true.) Since his hit men just couldn’t get the job done, John contacted the U.S. Attorney General Robert Kennedy. Bobby didn’t want to sleep with the fishes beneath the bridge, so he promised to make sure the structure wasn’t named after his brother. The compromise was to change the name of NYC’s international airport from Idlewild to JFK. A small group of hippies began protesting against the loss of the name, Idlewild, but nobody paid any attention to them.

And get this…after all that….the explorer’s name on the bridge is misspelled. 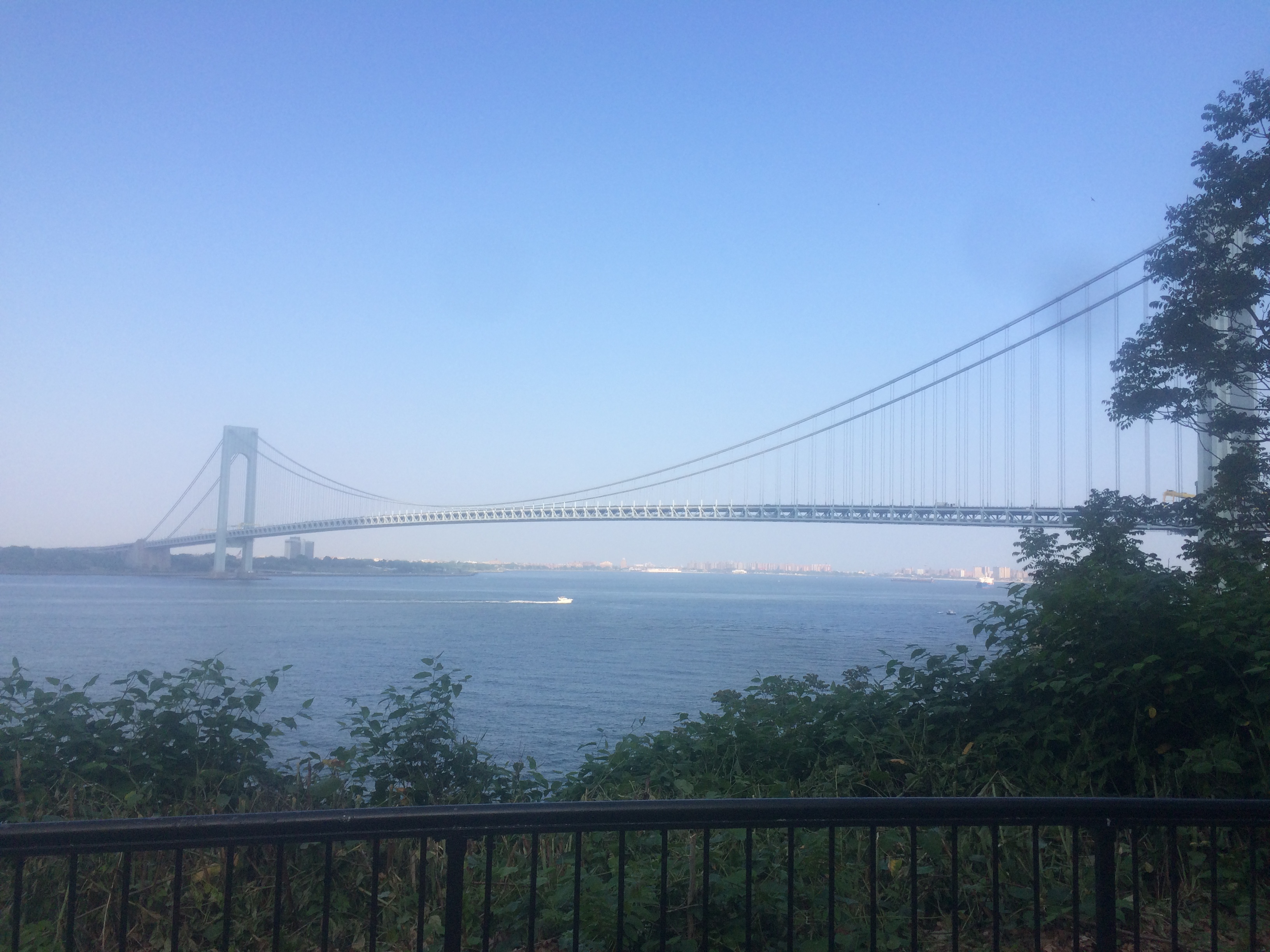 At the time of construction it was the largest suspension bridge in the world, surpassing the Golden Gate Bridge by 60 feet (Fuck you west coast. East Coast build bridges fuck bitches till we die.)

About 12,000 men worked on it, 3 men died. After the deaths of the 3 men the workers protested, demanded safety nets, and walked off the job for 4 days. The safety nets were granted and 3 men who subsequently fell were saved. The workers were not invited to the opening. Instead they attended a mass for the 3 victims. Hooray. 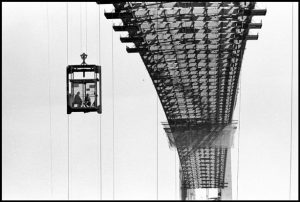 It is 14 football fields long and weighs 2.8 billion footballs (inflated)…was the heaviest bridge in the world when it was built.

Today it still has the largest bridge span in the Americas, but it is #11 in the world. C’mon American Government. We’re bigger than that. Round up another 12,000 workers to exploit and let’s get to work!

The diameter of each of the 4 suspension cables is only 36 inches, yet EACH cable is composed of 26,108 wires…which amounts in length to 143,000 miles…5.7 times around the globe.

Due to the height of the towers and their distance apart, the curvature of the earth’s surface had to be taken into account when designing the bridge. The tops of the towers are 1 and 5/8 inches farther apart than at their bases. They are not parallel to each other.

Due to thermal expansion of the steel cables the bridge roadway is 12 feet lower in the summer than in the winter.

170,000 people cross it per day. 5,000 of those people are middle-aged women listening to Adele and tearing up in their car. The toll was 50 cents when it opened ($3.84 today adjusted inflation) now it is $16 per car. When Uncle Sam grabs your balls, he doesn’t let go. 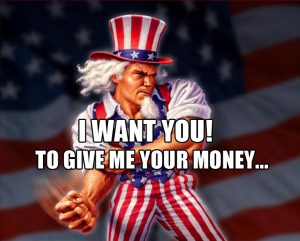 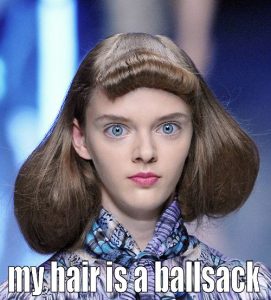 When I first wrote this essay, a couple of sources stated that researchers were taking part in a collaborative project on the conception and construction of the bridge.  Supposedly, in-depth interviews were taking place of surviving participants to compile an oral history of the architectural landmark. On November 29, 2016 a commemorative plague, in tribute to all the people associated with the construction of the bridge, was supposed to have been revealed… 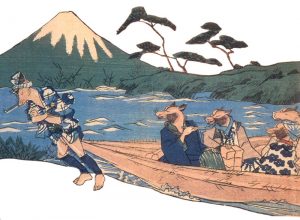 Like the magical Tanuki Yoaki and his expanding scrotum, we cringe and move on.