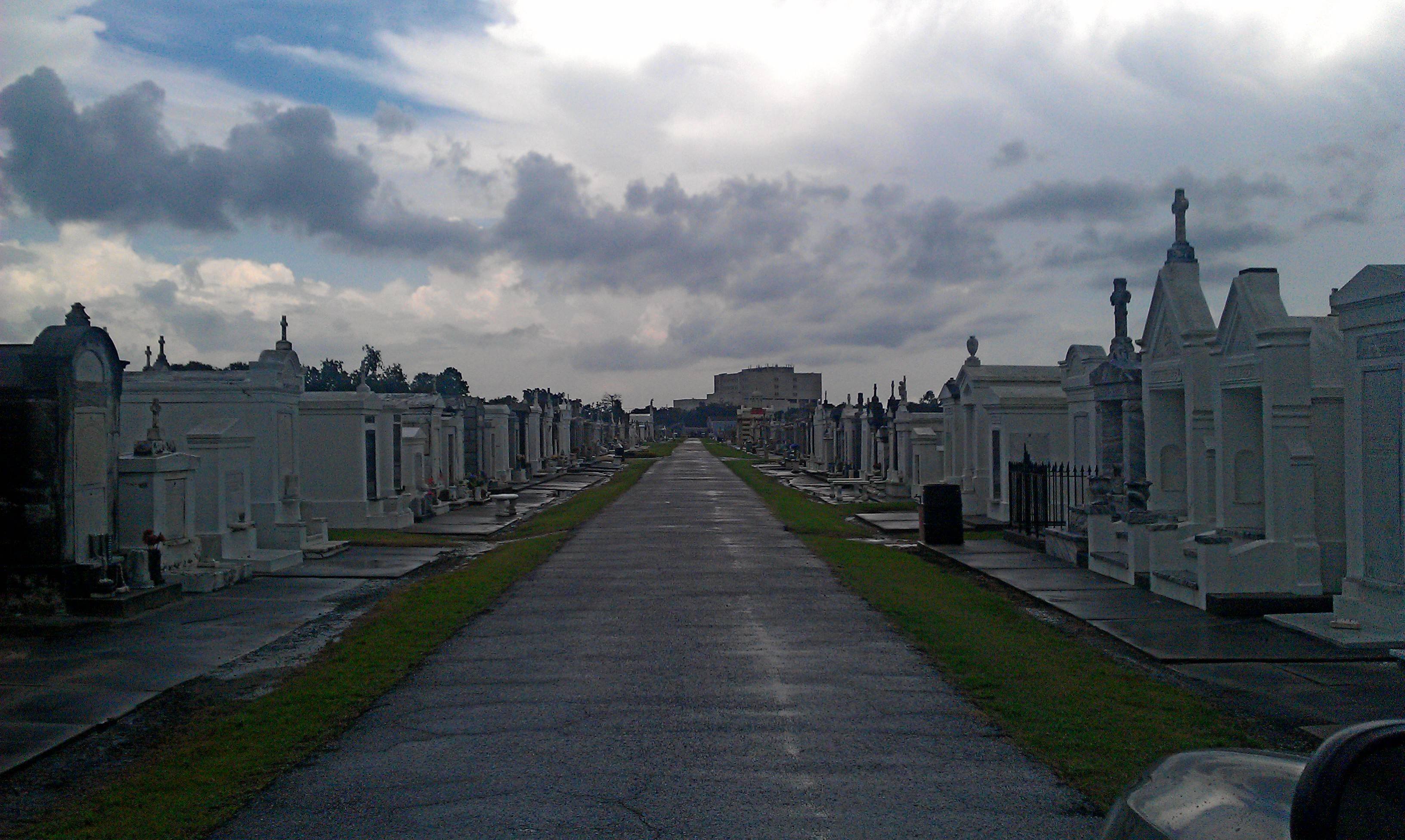 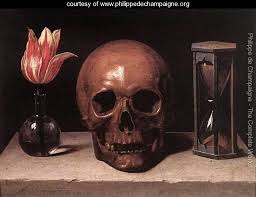 I’ve been that way since I was a little kid. 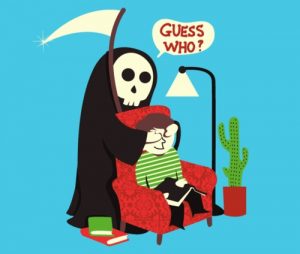 Perhaps it is one of many reasons I’ve chosen the path of the pen…a book is a life that doesn’t die…no serious author doesn’t at least play with the idea of immortality.

When I was 6 years old my grandmother’s sister died. My mother tells a story of talking to me about her death:

“Great-Aunt Mami passed away today, Jack.”
“She’s gone?”
“Yes.”
“Where did she go?”
“To…to heaven.” I paused. “Mommy?”
“Yes Jack?”
“What if nothing happens to us after we die?” My mother was taken aback and surprised.
“We..we just don’t know Jack. We just hope that the people we love go to a better place.”

Since I can remember I’ve had the unwavering conviction that death is a dreamless sleep, game over, total blackness. Which is part of the reason why I’ve often been confused and fascinated by religious people…in the beginning I thought it was plain silly that people actually believed in life after death. Now, after years of reading, studying, living, and questioning I’ve come to some conclusions concerning why people can have this belief.

1) Some minds are just set up for it. Just as some people are tall, short, inherently strong, or weak…some minds are susceptible to certain ideas, thought patterns, and illusions. And believing in a higher power and life after death is an excellent survival tool. “God loves me and is watching over me…there is a better place than this hazardous, tragic world,” these ideas give people strength and hope. What is better for finding a mate and having children than unreasonable, unaccountable, unquestionable strength and hope?

I’ve slowly and meticulously read almost all of Victor Hugo and Dostoevsky’s books. They were both extremely religious, but extremely different men. They gave their lives to their writing and opened themselves up in ways few humans have. I learned many things from their novels. 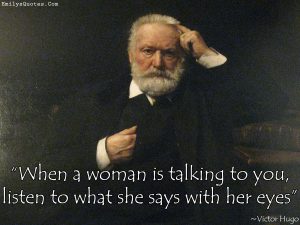 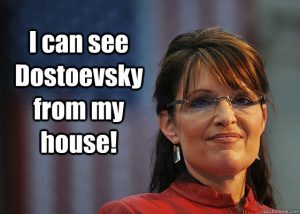 But concerning their faith…despite being intelligent, expressive, well-read men…it came down to this:
Believe me…trust me…God exists!!! Faith was just a part of who they were. They couldn’t defend their faith beyond: this is how I feel. Nonetheless, I remember thinking while reading their books that if a belief in God could produce/contribute to such powerful, intense, soul-shaking works…are the authors right? Was Jesus actually the son of a higher power because Jean Valjean got up from his deathbed, took down a copper crucifix, and said, ‘He is the great martyr.’ (A surprising, out-of-left-field moment amidst a life-changing scene which had me crying in a diner: “A lower murmur escaped his lips. ‘To die is nothing, but it is terrible not to live.'”)

But then I realized that I was merely worshiping their creative skill. Being able to write a great book has nothing to do with the ultimate, unknowable truths of the universe…it’s a single person mastering a limited perspective and communicating it powerfully and clearly.

2.) Life is suffering. La luche de vida. Because of this fact….reality and our minds are constantly in flux. When we experience conflict in reality…something in our mind has to give/has to cope/has to figure this shit out. I think a belief in God can begin when a susceptible mind interacts or clashes with uncertainty and conflict in the outside world.

This idea was summed up for me in an interview I watched of Stephen Hawking. He was asked about why people believe so strongly in religion. He replied, “People…are…afraid…of…the…dark.” Some people can live in the darkness, some people can’t. In a different interview Stephen Hawking was asked if he ever became angry at his body/ his life because of his Motor Neuron disease and being stuck in a wheelchair. His response: “Who…could…ask…for…more?” 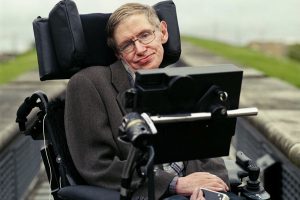 But regardless of your susceptibility, sometimes I think the level of suffering and uncertainty becomes so much that something has to save you…no matter how irrational that something is.

I’ve also been interested in people who either convert to Christ or convert away from Christ. One of my friends, Sean Ewart (writer), was raised by two pastors in the boonies of northern NY. Yet he somehow became an atheist. While I can’t fathom all of the experiences he had growing up which pushed him in this direction…I do know that he is a questioning, exploring, curious type of individual. Perhaps his inner susceptibility for faith was minimal. Which brings me to my last point…

3.) Community. Humans are highly social animals. The people who orbit our susceptibilities and experiences (suffering) influence how we look at life and death. If you don’t have an independent, questioning tendency inside of you, there’s very little chance for you to rebel against your family and friends.

Growing up, my parents were open, inquisitive, and challenging. They read books and explored. I remember a game my father used to play frequently with my sister and I…he’d point at something like a dog and say, “Look at that cat over there!” My sister and I were laugh and say, “No, dad, that’s not a cat, that’s a dog!” This may seem like an innocuous, childish game, but this kind of environment fosters and develops a person who doesn’t take beliefs for granted. Compare this to Christian families who tell their children that Jesus died for their sins and that this is the only truth.

So what does this all have to do with death?

In reverse fashion, here were my motivations for this post:

On Monday night I had an interesting conversation with a regular (Bill) at the bar. He told me a story of someone dying in his restaurant (Battery Gardens) a few years ago when he was working a catering event for a wedding party. The man who died was 55 and had stomach problems. Bill was going to tell the party (they were upstairs) that there was a bathroom on this floor, but he was too busy. The man with stomach problems began walking towards the staircase. “Excuse me, sir, there’s a bathroom on this-” The man clutched his stomach, leaned forward, and THUMP THUMP THUMP. The man fell down the stairs. Bill ran after him and saw that the man was foaming from the mouth and bleeding from the eyes. Dead. He was the uncle of the bride. Screams. Wailing. The family sued the restaurant. They didn’t win.

I told Bill about an experience I had in India. My father and I were in taxi and the taxi swerved around a form in the middle of the road. I turned around and looked out the window. The form was a dead man, still bleeding. Death in India means much less than death in NYC. Not only was nobody suing anybody else, but nobody was even moving the body out of the road. 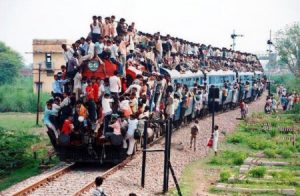 The bartender in my restaurant on Monday night interns in an ambulance during the day. For the first time that day he had “pronounced” somebody dead. He arrived at a beautiful apartment in Brooklyn overlooking the river and found a 98 year old woman with one foot out of bed. Her jaw was stiff. She had passed.

On Wednesday morning I woke up with a bloody nose. As I stepped out of bed to find a tissue to shove up my nostril I remembered the 98 year old woman. My mind became flooded with thoughts of my mortality.

I’m not sure how to end this post. I sort of jumped all over the place and I’m not very satisfied with how it turned out. I’ll do a better one tomorrow…

2 Replies to “Thoughts of Death on a Wednesday Morning”