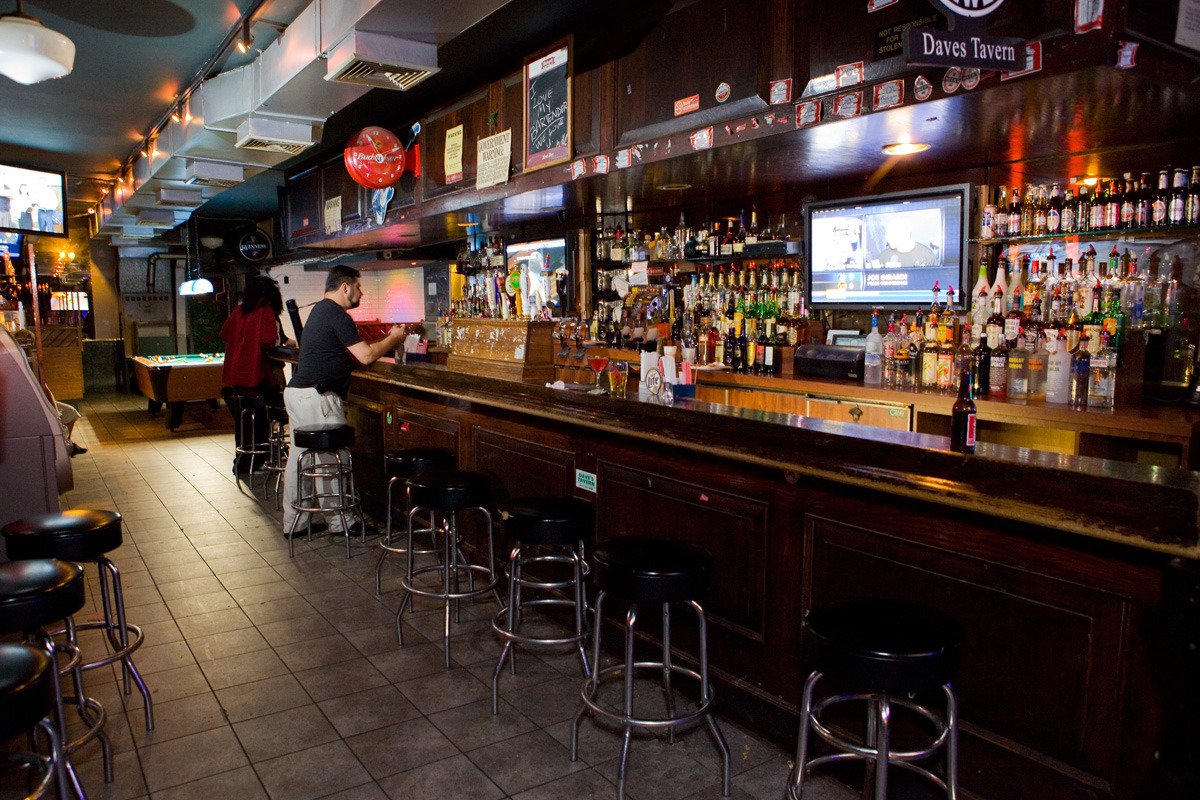 NEW YORK, NY – John Walter, a bartender at The Crass Slap for the past 10 years, has seen many patrons come and go. But one regular who has stood the test of time and caused much pause for thought is Robby, also know as Rob the Slob. Everyday at 6 o’clock Robby shuffles into the bar wearing layers of tattered, smelly coats, sits in the farthest seat, and orders two shots of whisky and a pint of lager. He doesn’t talk to anyone and he likes to smile. Whenever someone has attempted to initiate conversation he invariably begins nodding his head and chuckling. Sometimes, Rob the Slob will chuckle when a bartender says something funny, or if a waitress passes by and says, “How ya doin’ honey?” but often he will chuckle for no apparent reason. Members of the staff have given up trying to learn about his past and have various theories: “I think he has a pile of dead bodies in a freezer in his apartment,” said a haughty, single-mother waitress. “I think the love of his life died when he was a young man and he just hasn’t fully recovered,” said an aspiring actress. “I bet he used to be a drug lord, made a ton of money, dipped into his own stash too much, then became brain dead,” said the portly chef. “The bastard pays, so I don’t give a shit,” said the owner. But one thing the entire staff can agree upon is that, despite drooling on his coats and his unshaven and untidy appearance, Robby has never caused a disturbance, always says a gracious thank you when served, pushes his chair in carefully when he leaves, and tips very well. John Walter, when interviewed, said, “Sometimes I have nightmares of Robby chuckling over my sleeping body and murdering me in my sleep. Other times I imagine him running in front of a bus and risking his life to save a little girl. For the sake of my own sanity and well-being, I’m just gonna assume he’s more inclined to the latter.”